Comedian-actor, Kapil Sharma, is one of the celebrated names in the entertainment industry. Read on to know Kapil Sharma's net worth and career graph details. 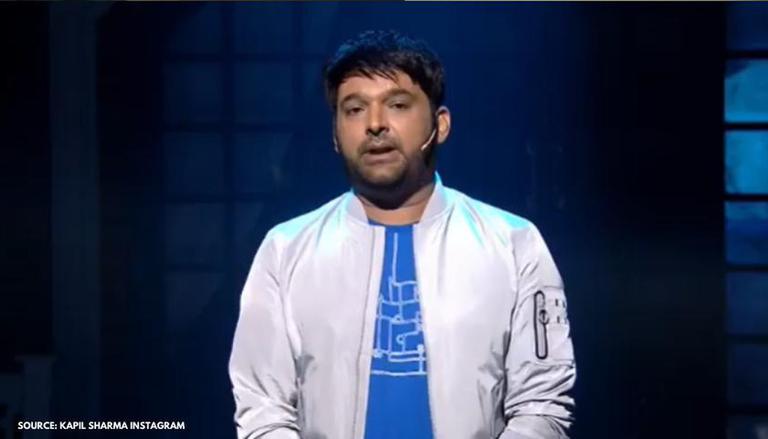 Kapil Sharma began his journey in 2007 with his appearance on the comedy reality television show, The Great Indian Laughter Challenge. He rose to fame after he won on the show and ever since then, there was no looking back for him. However, even before he was a part of the drama, he had worked in a Punjabi series. Kapil now hosts his show, The Kapil Sharma Show, and in 2019, he featured in the Forbes highest-earning Celebrities list. The comedian welcomed his second child with Ginni Chatrath, a baby boy, on February 1. Here's a look at Kapil Sharma's net worth.

As per a report by filmysiyappa.com, Kapil Sharma's net worth is $38 million (Rs 282 crore) as of 2021. Kapil Sharma's income is apprehensive of his show, The Kapil Sharma Show, his appearances at events and in movies. He charges somewhere around Rs 40 lakh to 90 lakh for doing the show, added the report. After his stint in The Great Indian Laughter Challenge, the comedian performed in television shows like Comedy Circus, Comedy Circus Ke Superstars, Laughter Knights, Comedy Circus Ka Jadoo, among others. Apart from hosting comedy-drama shows, he also hosted several award events in the entertainment industry.

In 2010, he was roped in for the film, Bhavnao Ko Samjho, and was then seen in the movie titled ABCD 2. He made his Bollywood debut with Abbas–Mustan's directorial, Kis Kisko Pyaar Karoon, alongside Sai Lokur, Elli Avram, Simran Kaur Mundi and others. However, the film did not open to great numbers at the box-office. In 2018, Kapil donned the producer's hat. He made a special appearance in and produced the flick, Son Of Manjeet Singh, starring Gurpreet Ghuggi and B.N. Sharma.

On December 12, 2018, Kapil tied that knot with Ginni Chatrath in Jalandhar. Friends and family attended the duo's traditional wedding ceremony and they also hosted a grand reception at JW Marriott, Sahar in Mumbai. They welcomed their first baby Anayra, in 2019, and are blessed with a son in 2021.

Also Read | Urvashi Rautela Is At War With Herself; Shares Picture Quipping Its "mind Vs Heart"

Also Read | Kashmera Shah Drops Stunning Video From Latest Photoshoot, Says 'Be The Best You Can Be'

(DISCLAIMER: The above information is sourced from various websites/ media reports. The website does not guarantee a 100% accuracy of the figures)