Dheeraj Dhoopar plays the character of Karan Luthra on Kundali Bhagya. Actors Manit Joura and Abhishek Kapur play the characters of Rishabh Luthra and Sameer Luthra, respectively. The Luthra brothers share a great bond on the show, and it looks like they share the same chemistry off-screen as well. Actor Dheeraj Dhoopar, who shared the picture, wore a funky outfit. He wore a large size black t-shirt which the graphics of a lion made on it.

Dheeraj Dhoopar paired his outfit with white track pants and completed his look with a funky cap. Moreover, his colourful shoes are something one must not miss. Manit Joura wore a simple white kurta and plain white pyjamas. The actor is often seen in this outfit on the show too. He completed his look with a pair of ethnic slippers. Actor Abhishek Kapur was dressed casually in a black t-shirt and matching black pants. He wore a mickey mouse print jacket and completed his outfit with a pair of black sneakers.

Kundali Bhagya show has been one of the audience's favourite show because of its intriguing storyline. Fans of Kundali Bhagya also follow their favourite cast from the show on social media. Many such fans left comments under Dheeraj Dhoopar's picture on Instagram. 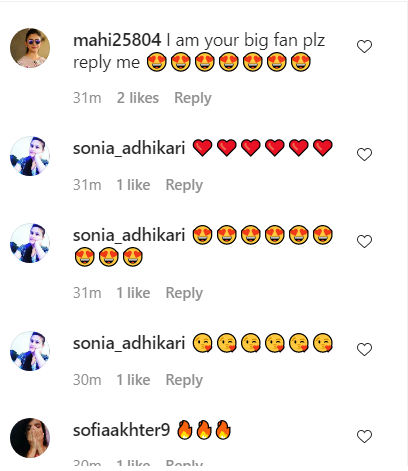 Kundali Bhagya follows the story of Karan Luthra and Preeta Arora who hate each other initially, but fall in love and get married. However, the couple faces many hardships and challenges when people around them try to separate them. In recent Kundali Bhagya episodes, Karan and Preeta get married again, but Mahira, Sherlyn and Prithvi try to separate them from each other.