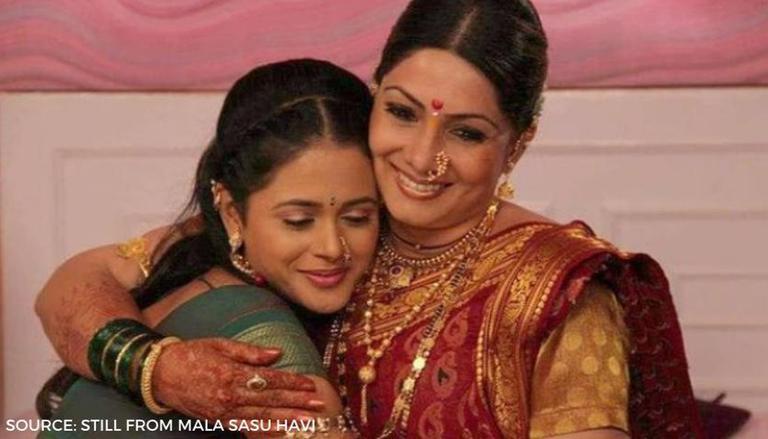 Mala Sasu Havi is a Marathi serial that aired on ZEE Marathi. The serial followed the story of a young married girl who seeks a wife for her father in law. The daily soap was bankrolled by Jitendra Gupta and Mahesh Tagde. Read ahead and take a look at the cast of Mala Sasu Havi. The list includes Deepti Devi, Asawari Joshi and more.

Deepti Shrikant is a Marathi actor from Pune. As per NetTV4u, she completed her school education from Nutan Marathi Vidyalaya and college in Commerce from MMCC College Pune. Apart from Mala Sasu Havi, Deepti Shrikant has also appeared in Marathi daily soap like Parrivaar - Kartavya Ki Pariksha. This drama series streamed from 2007 to 2008. Here, she played the role of Radha Joshi.

Asawari Joshi has worked in Marathi and Hindi films and serials. The actor is best known for her character as Ushaji in the popular Hindi TV series, Office Office. She has also worked in Hindi films like Om Shanti Om, Pyaar Zindagi Hai, Waqt: The Race Against Time, Hum Tum Aur Ghost, Hello Darling and many others. She also appeared in Shake iT Up that aired on Disney  Channel India.

Also Read | Punyashlok Ahilyabai: Here's all you need to know about the upcoming period drama

Anand Abhyankar is a Marathi actor who has also worked in Hindi films. He has acted in films, television and theatre. Some of Anand Abhyankar's popular films are Spandan, Balgandharva, Matichya Chuli, Vaastav, Jis Desh Mein Ganga Rehta Hain, Ek Vivaah... Aisa Bhi, Checkmate and many others. The actor passed away on Dec 24, 2012, after suffering from a car accident. The late actor has also worked in the popular Hindi serial Taarak Mehta Ka Ooltah Chashmah.

Also Read | 'That 70's Show' Cast: A list of the actors and characters that they played on the show

Also Read | 'Expedition Bigfoot' cast: Here's all you need to know about the mystery hunters