Yeh Rishta Kya Kehlata Hai’s actor Mohsin Khan has recently purchased a new house for himself. He enjoys a massive fan following on social media and took to Instagram to share the great news with his fans. Friends, fans and many others congratulated the star.

Sharing a selfie in a white shirt, his face looked glowing at this achievement of himself. He captioned the post saying ‘View from New House! Allahumma Baarik.’ Fans and his co-actors such as Shaheer Sheikh, Ashnoor Kaur sent good wishes to him in the comments section.  Another co-star Nidhi Uttam also commented on the post and wished Mohsin. Vikas Kalantari also congratulated him. 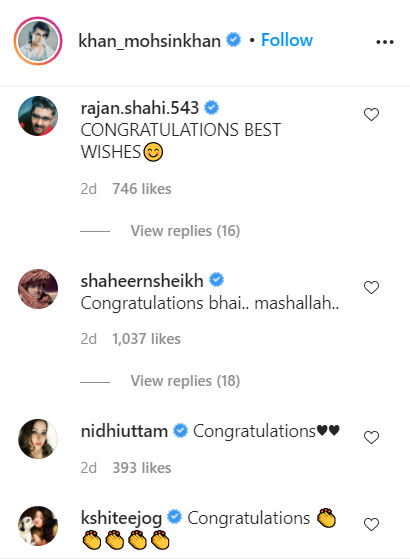 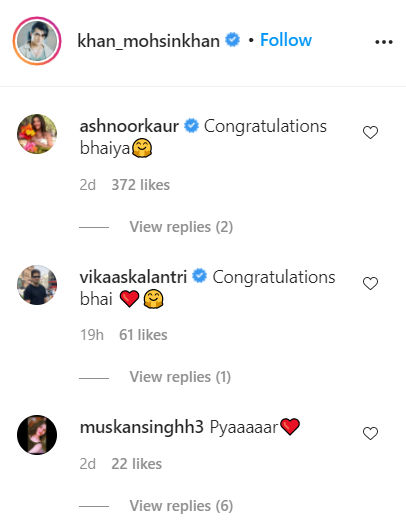 Yeh Rishta Kya Kehlata Hai is an Indian television soap that airs on Star Plus and streams on Hotstar. The show premiered on January 12, 2009, and is the fourth longest-running Indian television soap opera. Yeh Rishta Kya Kehlata Hai is produced by Rajan Shahi under Director's Kut Productions. The show completes 12 years on January 12, 2021. The show initially starred Hina Khan and Karan Mehra but is currently starring Shivangi Joshi and Mohsin Khan in the lead role. In 2019, a spin-off, Yeh Rishtey Hain Pyaar Ke, starring Rhea Sharma and Shaheer Sheikh was launched.

Mohsin Khan started his career as an assistant director on the film Koyelaanchal. He made his debut in television with Star Plus’s Nisha Aur Uske Cousins but rose to fame playing Kartik Goenka in Yeh Rishta Kya Kehlata Hai. Mohsin is loved for the portrayal of his character, Kartik in the show. He has been playing the role of Kartik for more than four years now. His chemistry with Shivangi Joshi is surely a treat for fans.

Mohsin was recently seen with Urvashi Rautella in a music video named Woh Chaand Kahan Se Laogi. The track is sung and composed by Vishal Mishra and written by Manoj Muntashir. The song is about the sorrow and pain of a heartbroken lover. The music video was resealed in November 2020.

Also read: From Nakuul Mehta To Mohsin Khan, What TV Actors Did The Whole Week