Mouni Roy took to her social media account to post two adorable pictures with her puppy. Check out the pictures here. Read to know more

Amid the lockdown, several actors have turned to social media to keep their followers entertained. Naagin fame Mouni Roy has been practising social distancing and she has been sharing many pictures on social media to give her fans a glimpse of her daily routine. Recently, Mouni Roy took to Instagram to share some pictures of herself with her adorable puppy.

Also Read: Mouni Roy Posts A Goofy Pic & Answers "what Would You Do With A Brain If You Had One?"

Here is a look at the picture that Mouni Roy shared 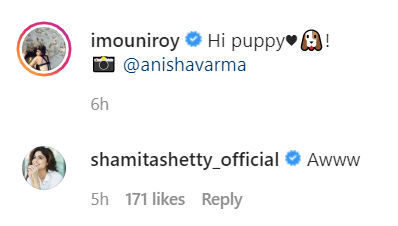 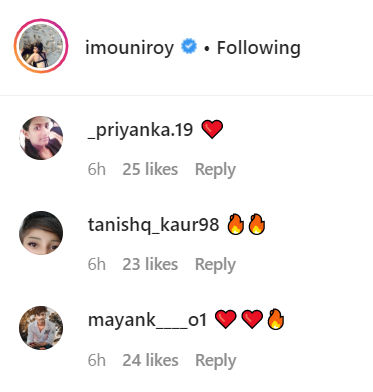 Few days ago,the Gold actor shared some pictures of herself. In the picture, she was holding her leg up in the air. In the second picture, Mouni Roy was holding a book as she reached for her toes. The actor captioned the post using the lyrics of the song If Only I Had a Brain by  Harold Arlen. Mouni Roy's caption reads, " What would you do with a brain if you had one? Why, if I had a brain I would, ðŸŽµ I could while away the hours, Conferrin' with the flowers, Consulting with the rain; And my head I'd be a scratchin', While my thoughts are busy hatchin', If I only had a brain. Here is a look at the picture that Mouni Roy posted.

Also Read: Urvashi Rautela Or Mouni Roy: Who Nailed It In The Black Gown?