Mujhse Shaadi Karoge: Fans Ask Shehnaaz To Take A Break From Digital PDA After Her Post

Mujhse Shaadi Karoge fans want Shehnaaz Gill to stop posting pictures with Sidharth Shukla on her social media account. Check out what the fans have to say.

Bigg Boss 13 finalist Shehnaaz Gill has been very vocal about her feelings for Bigg Boss 13 winner Sidharth Shukla. While she is currently doing a wedding based reality show titled Mujhse Shaadi Karoge, it hasn’t stopped her from posting pictures with Sidharth Shukla or hinting that she still likes him. She recently took to her Instagram account and posted a picture of herself in a blue coloured t-shirt. Fans were quick to notice that the t-shirt belongs to Sidharth Shukla and that he has worn it in Bigg Boss 13 as well. Check out the picture here. 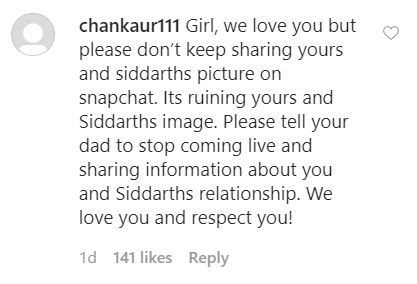 ALSO READ: Sidharth Shukla Reunites With Shehnaaz Gill To Perform A Romantic Number At A Show 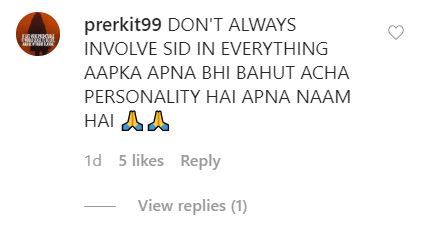 Bigg Boss 13 pair Sidharth and Shehnaaz Gill have not confirmed their relationship, however, Shehnaaz’s posts are often perceived as hints about their relationship. Fans of the stars claim that they love each other and have even started calling Sidharth Shukla and Shehnaaz Gill’s pair as SidNaaz. The hashtag ‘SidNaaz Broke Internet’ was trending on Twitter after the pair posted the pictures online a few days back. Shehnaaz Gill has been a part of the reality show Mujhse Shaadi Karoge along with fellow Bigg Boss 13 contestant Paras Chhabra.