After Shehnaaz Gill revealed that she is in love with Sidharth Shukla netizens are wondering if Mujhse Shaadi Karoge will go off the air. Read on to know more.

After Bigg Boss 13 ended, many were eager about the new show on Colours Mujhse Shaadi Karoge. Former Bigg Boss 13 contestants, Shehnaaz Gill and Paras Chhabra were supposed to look for their possible partner for marriage on the show. Sidharth Shukla and Rashami Desai also appeared in the show to help their co-Bigg Boss 13 contestant. However, ever since it went live, the show had been facing a lot of issues with the recent news that Mujhse Shaadi Karoge will go off the air.

Mujhse Shaadi Karoge to go off the air?

In the latest promo videos released by the channel on their official Instagram account, some new plot twists are going to be introduced. In one video, Paras Chhabra is seen walking off the stage in anger. The reason seems to be about his equation with the contestants.

In another promo video of Mujhse Shaadi Karoge, Sidharth Shukla is seen professing his love for Shehnaaz Gill in front of the host, Jay Bhanushali. Apparently Jay asked Shehnaaz that why was she not able to perform well on the show. In reply to this, Shehnaaz said it was because she was in love with Sidharth Shukla. However, to this Jay pointed out that the show happened after Shehnaaz Gill's approval. The latter replied she did not know that things would change and added that even though Sidharth Shukla might consider her to be an idiot but she loved him anyway. In the video Shehnaaz even got emotional and shed a few tears.

Shehnaaz Gill and Sidharth Shukla shared quite a chemistry in Bigg Boss 13. Their fans lovingly called them #SidNaaz. However, they got reportedly angry after Shehnazz appeared on Mujhse Shaadi Karoge to look for a groom. According to reports, she and even started a petition to stop the show. Lately, Shehnaaz had also accepted in a live chat with her fans that she loved Sidharth because of which she was unable to love anyone else on the show. Fans are now left to wonder is Mujhse Shaadi Karoge off-air after Shehnaaz's confession. 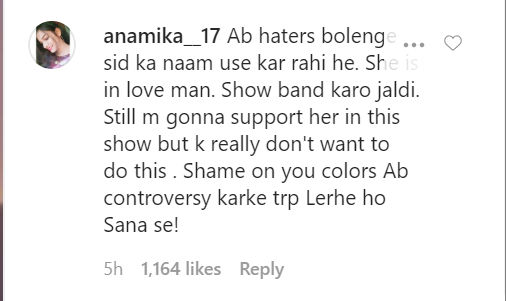