Neena Gupta is a stellar performer. But did you know that the Badhaai Ho actor also featured in a reality show as a host called Kamzor Kadi Kaun? Details here.

Neena Gupta has time and again dazzled the audiences with her impeccable performances as an actor. She has not only worked in art films but also in commercial cinema and proved her acting mettle. It is not a lesser-known fact has Neena Gupta has worked in several TV drama series. But it was her performance in Saans, which made Neena Gupta a household name. 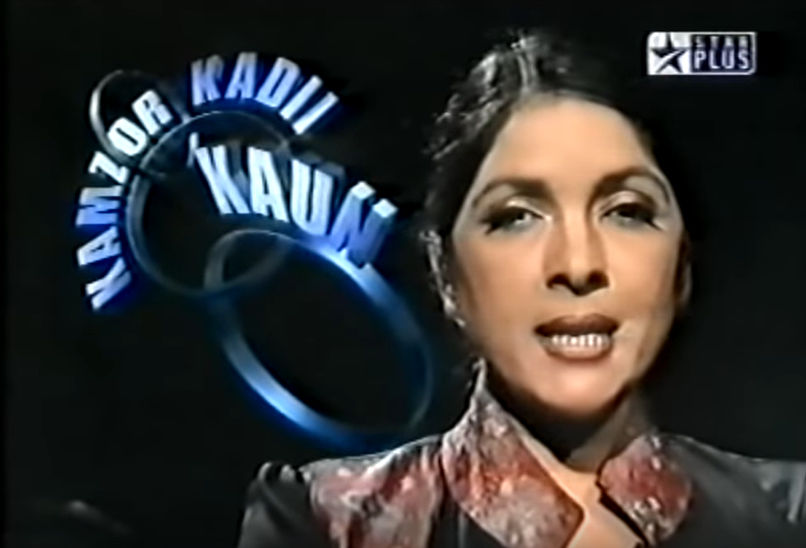 1. Neena Gupta's taste in fashion is truly amazing. Irrespective of her age Neena carried herself very gracefully on Kamzor Kadi Kaun. Her outfits were the talk of the town. She mostly wore dark coloured apparels like shades of black and grey. Neena Gupta generally opted for black suits or gowns.

Read: Neena Gupta's 'Veer': Interesting Trivia About The Film You Must Check Out

2. The way Neena Gupta used to start the quiz contest with her hard-hitting introduction, with rhyming lines was the highlight of every episode. Her splendid dialogue delivery and blunt statements kept contestants on their toes. Neena did not sugarcoat her words and was very professional in her approach.

3. In one of the episodes wherein several popular TV hosts appeared as a group, Neena Gupta took the case of each one of them with a poker face. She did not shy away from doing her job, even when some of the contestants were also her friends.

Read: Neena Gupta's Most Dramatic Performances You Should Not Miss

4. After every round in Kamzor Kadi Kaun, a group of contestants eliminated the weakest one from their lot. In today's time when many hosts waste a lot of the audience time in unnecessary chit-chatting, Neena Gupta used to follow the show's format thoroughly.

5. In every episode, Neena Gupta asked the contestants about their opinions about the show. She was on point with her statements but also made sure that contestants do not feel uncomfortable while answering. If a contestant used to stumble with works, Neena Gupta came to their rescue and helped them answer questions in the most endearing way.

Read: Neena Gupta Opens Up About Her Struggle In The Industry And Masaba's Divorce

Post, Kamzor Kadi Kaun, Neena Gupta received a lot of flak for her straightforward attitude in the show.  But it did not stop Neena Gupta for featuring in other films and shows with the same gusto and enthusiasm, she did her debut role.

Currently, on the work front, Neena Gupta is on an unstoppable success spree. Her last two Bollywood films Badhaai Ho and Shubh Mangal Zyada Saavdhaan did exceptional business at the box-office. In fact, Neena also won numerous awards for her stellar performance as a middle-aged pregnant woman in Badhaai Ho.