Recently Nia Sharma was seen sharing a video and Aditya Narayan replied to it by dropping hilarious comments. Read on to know more about Nia & Aditya's war

Television star Nia Sharma is the talk of the town for her stint in the show Naagin 4. The diva is an active social media and makes sure she entertains her fans by sharing memes or sarcastic captions on her Instagram account. Recently, the diva was seen sharing a video on social media and Aditya Narayan dropped hilarious comments on it.

In the video, Nia Sharma can be seen playing with her hair and grooving to Billie Eilish’s hit number. The diva posted the video with a quirky caption about how girls don’t hate each other. On the contrary, they are busy admiring themselves and do not care about others. After Nia Sharma posted the video, Aditya Narayan dropped a comment saying “So jaao”.

Nia Sharma being the sarcastic person she is, replied to Aditya’s commenting writing “Aur tum pubg khelo”. The duo did not stop here, instead, fans witnessed a comment war between them. When Aditya Narayan replied “haahhhahh Ok bye” fans thought that was the end of it. However, Nia Sharma had more in store for Aditya Narayan as well as for her fans too.

Nia Sharma asked Aditya Narayan to stop copying John Wick. To which, the singer had a hilarious response. Aditya asked Nia to stop copying Manisha Koirala from Jaani Dushman. Aditya further commented saying how bored he is and if she doesn’t stop, it will go on. Nia Sharma, on the other hand, couldn’t understand what Aditya Narayan is hinting at. So she replied saying she doesn’t remember watching the movie.

Aditya then dropped a hilarious reply when he said, “This is the perfect time to enlighten yourself Nia Sharma. Christopher Nolan ko Interstellar ka idea isi film ko dekh ke aaya”. This comment of Aditya Narayan made fans laugh hilariously. Have a look at Nia Sharma and Aditya Narayan’s comment war here: 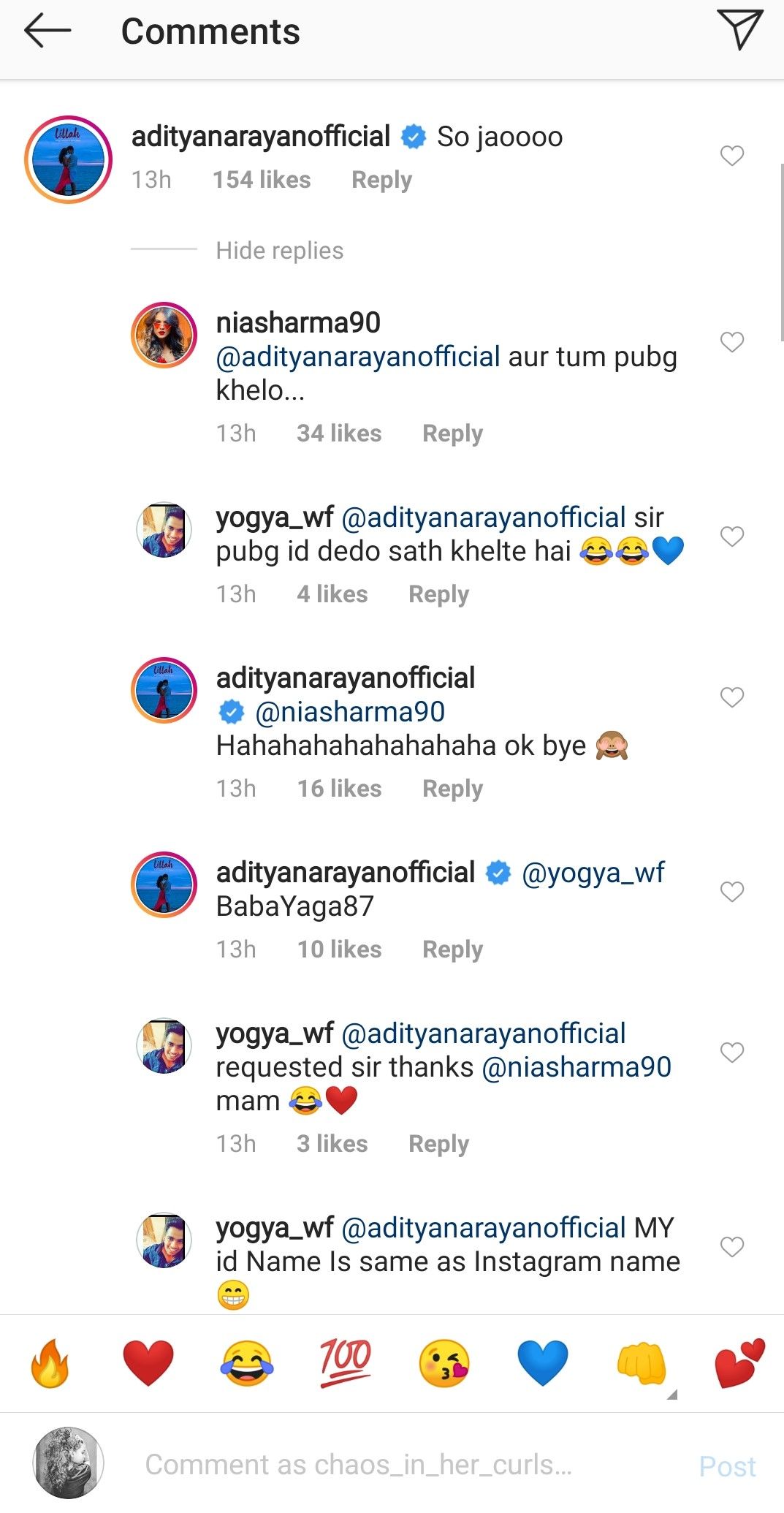 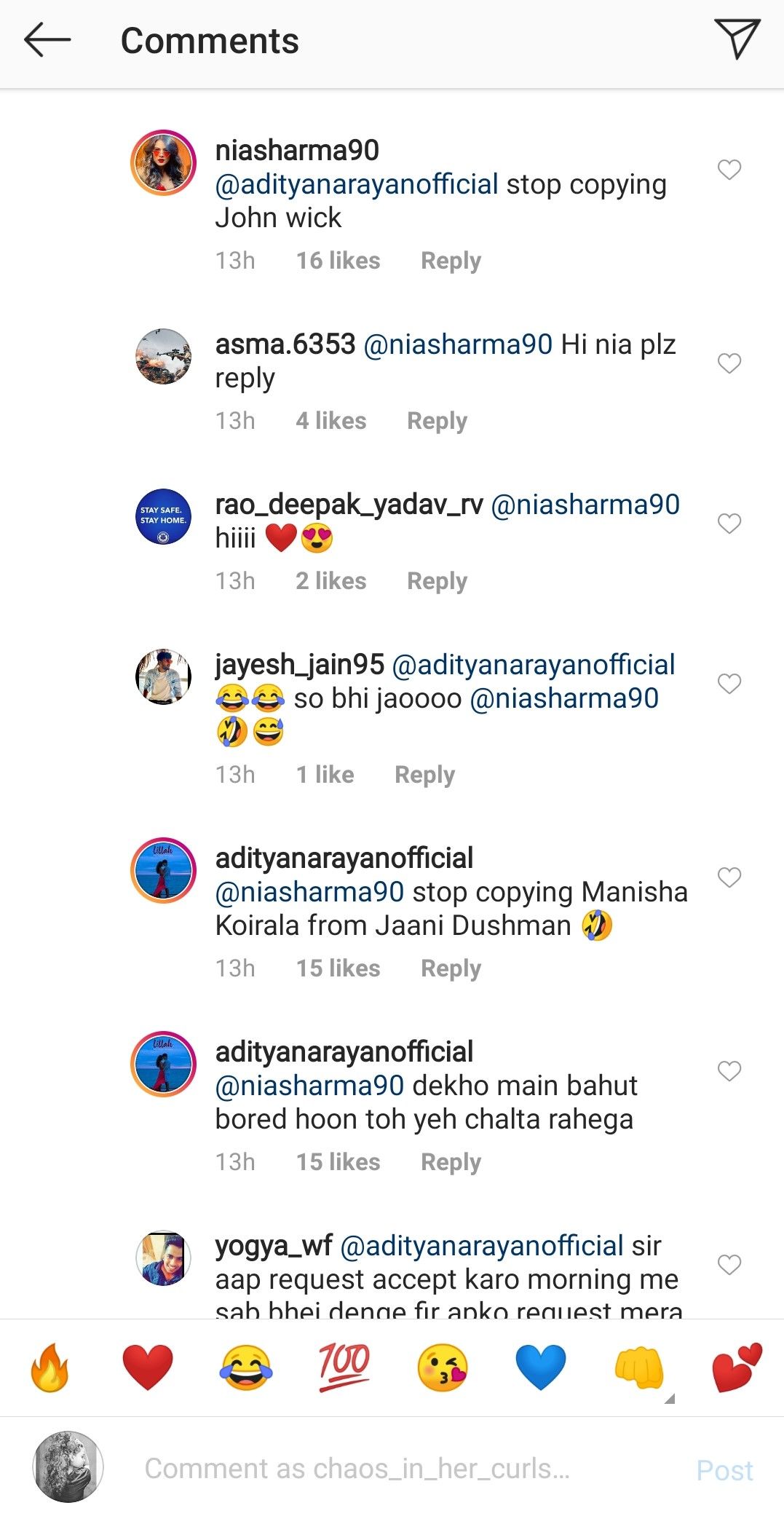 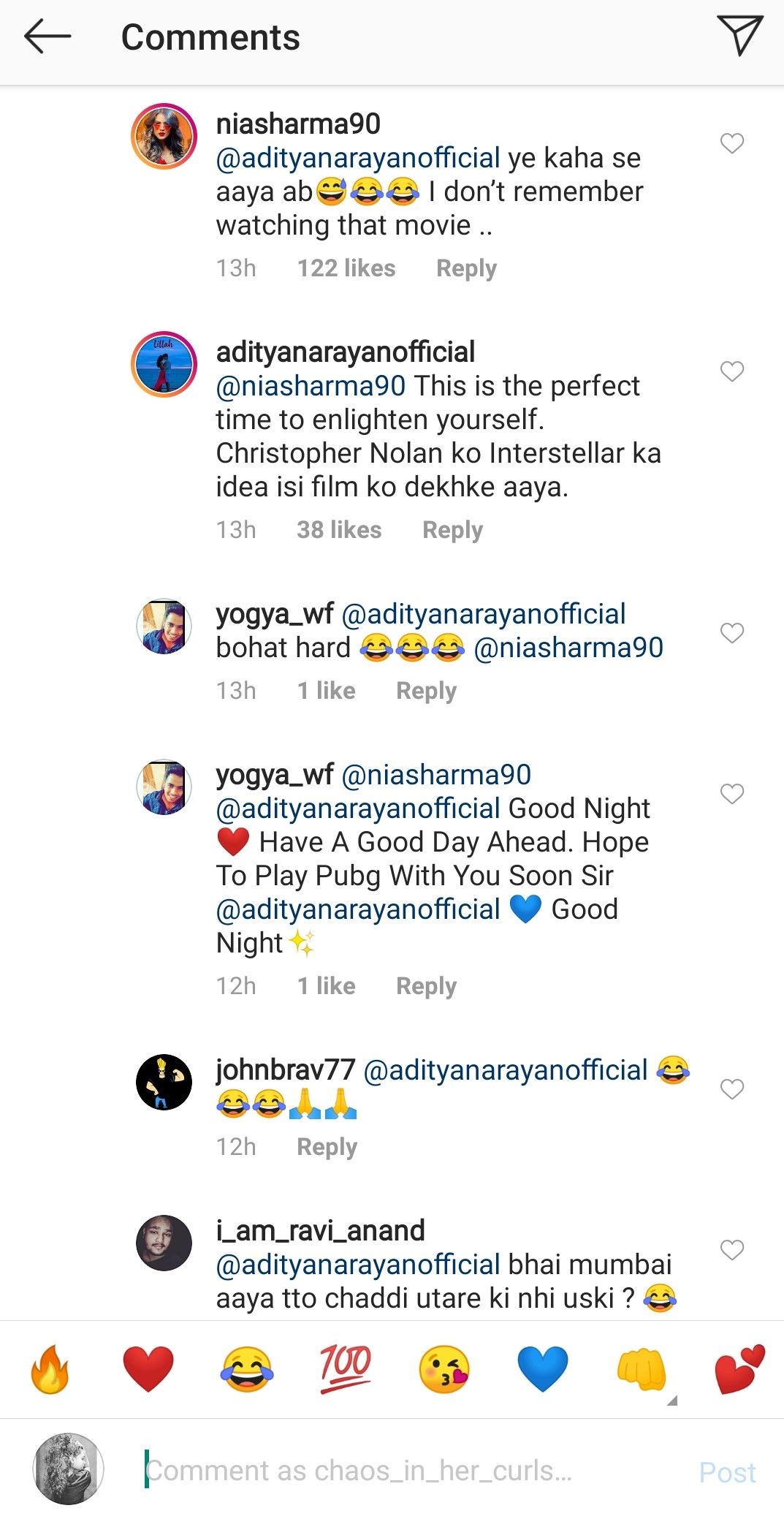 ALSO READ| Nia Sharma Reveals She Worked On An Outfit For 8 Months Before Wearing It; Read