Celebrating Krystle Dsouza' 31st  birthday, Nia Sharma took to her Instagram stories to share a few glimpses of Krystle D'souza's birthday celebrations. The two actors worked together in the TV series Ek Hazaron Mein Meri Behna Hai, back in 2011. After working together on the show, which brought Nia Sharma and Krystle D'souza closer as friends. Nia took the opportunity to give Krystle D'souza a very nostalgic surprise. 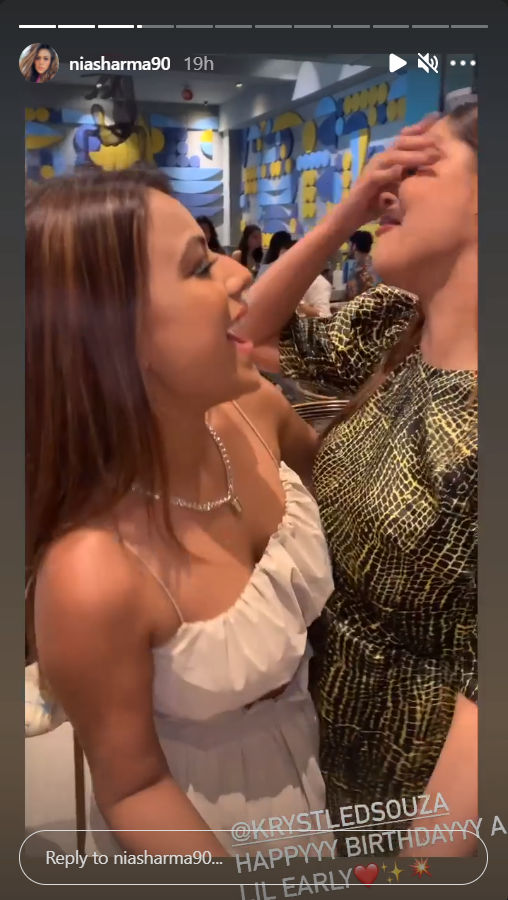 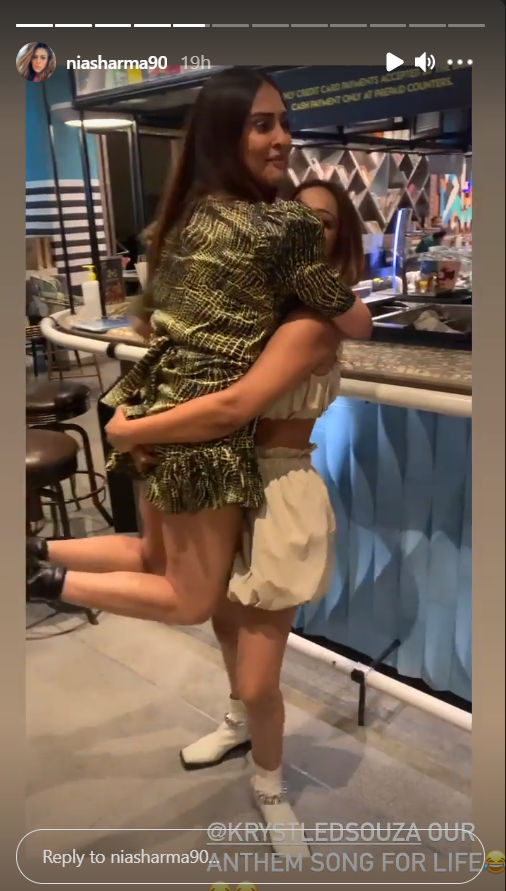 Nia Sharma and Krystle D'souza twirled each other around as they danced slowly to the nostalgic song. At one point, Nia picked Krystle up in her arms, to which Krystle broke out into a fit of laughter at the gesture. The birthday girl enjoyed her party as she couldn't stop smiling while dancing with Nia Sharma. 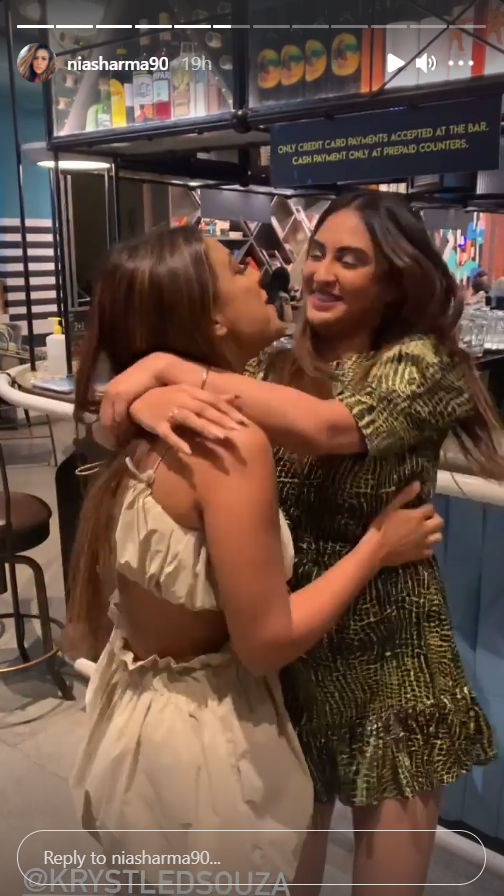 Resharing an Instagram Story, Nia Sharma showed off Krystle D'souza's birthday celebrations. In the video, Krystle was seen admiring her cake and the sparklers on the cake. Krystle even held a sparkler in her hand as she sang along with her friends. Nia Sharma chose to wear a puffy beige dress with minimal gold accessories and matching boots. Krystle D'souza wore a black and gold detailed dress with black boots. Both the ladies kept their hair open in a sleek and straight fashion. 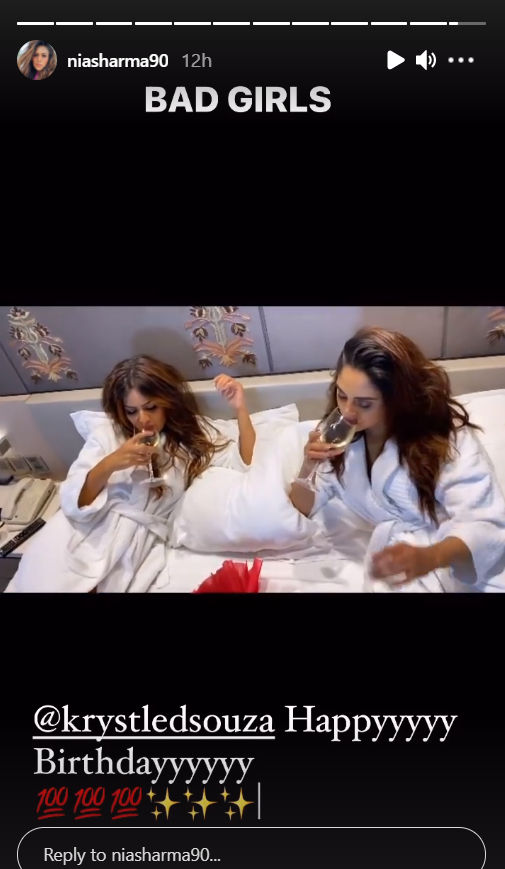 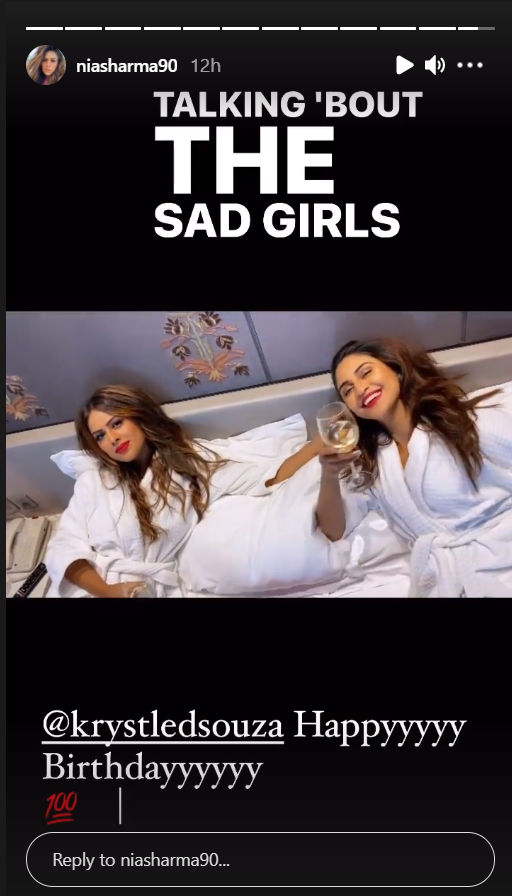 In another story, Nia Sharma and Krystle D'souza took the party to a hotel suite where they decided to relax. They both wore comfortable white bathrobes. Nia and Krystle celebrated Krystle's birthday by clinking their glasses and sipping their drinks. In the story, Jamiroquai's Bad Girls played in the background as the two enjoyed their evening and smiled towards the camera.

Nia Sharma is now starring in Jamai 2.0 Season 2 which released on February 26, 2021. Ravi Dubey plays Nia Sharma's co-lead in the show. Currently, Krystle D'souza will be seen next in her Bollywood debut in Emraan Hashmi's Chehre.