Nia Sharma Joins The 'So Pretty' Trend On Instagram, Fan Says She 'never Fails To Slay'

Television actress Nia Sharma recently tried her hand at the viral Instagram "So Pretty" challenge and fans loved it. See the full the article below.

Television actress Nia Sharma became part of a viral trend on Instagram by sharing a new reel on her handle. She recently shared an Instagram reel joining the "I'm so pretty" challenge which is a viral trend that began on another popular video-sharing site. The challenge requires participants to tap on the beat of the song called So Pretty by Reyanna Maria, until she starts rapping. The challenge is one that shows one's 'Makeup Transition' where once the rap begins one must go from looking normal to amazing.

In Nia Sharma's video, she can be seen presumably wearing a bathrobe in the first half of the reel and tapping to the beat of the song. Once the rap begins, she can be seen singing the song, while wearing a baby blue cardigan with a blue winged eyeliner and nude lipstick. The actress shared the post with the caption "Literally coerced into this by @shurabhavinofficial coz her liner skills are just on point". Take a look at the post below.

Nia Sharma's latest reel received quite a lot of love from her dedicated fan base. Many of her fans left hearts and kisses on her post while many of them commented leaving compliments like "So pretty" and "beautiful". One of Nia's fans even wrote saying "you never fail to slay". Take a look at some of the comments on Nia Sharma's video below. 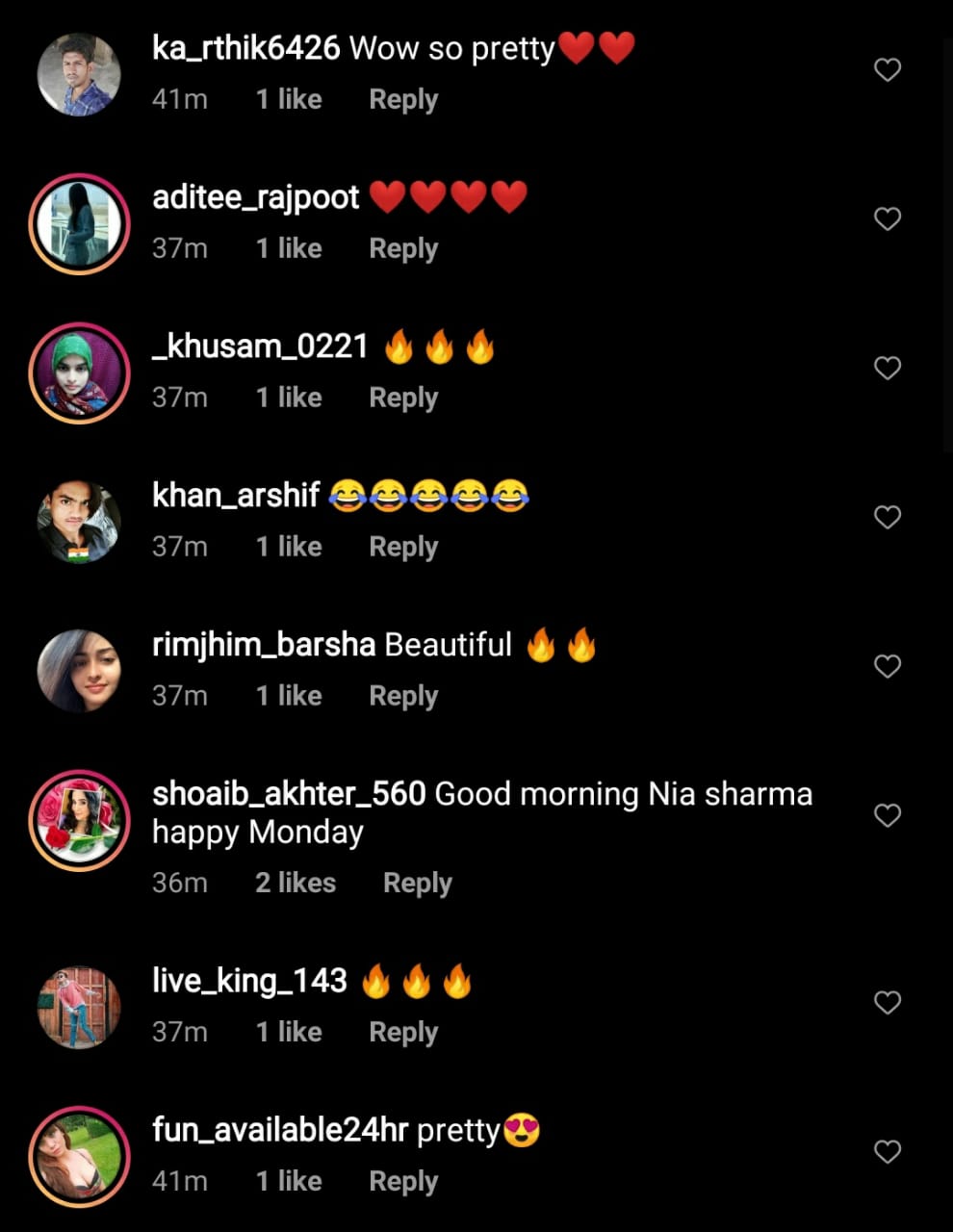 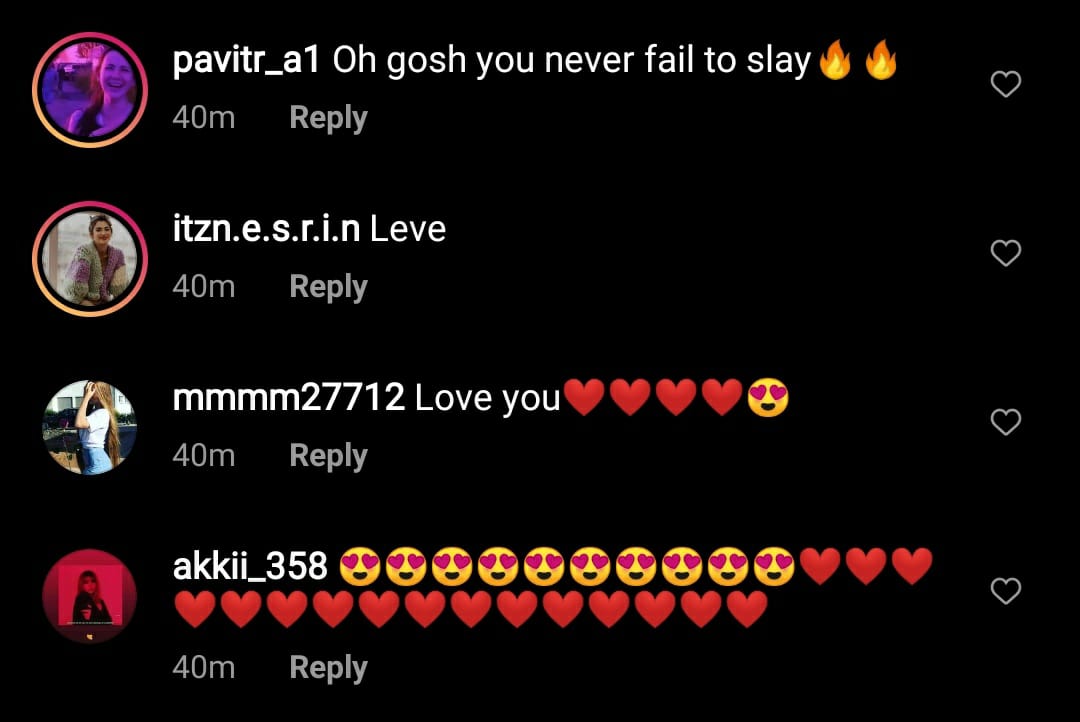 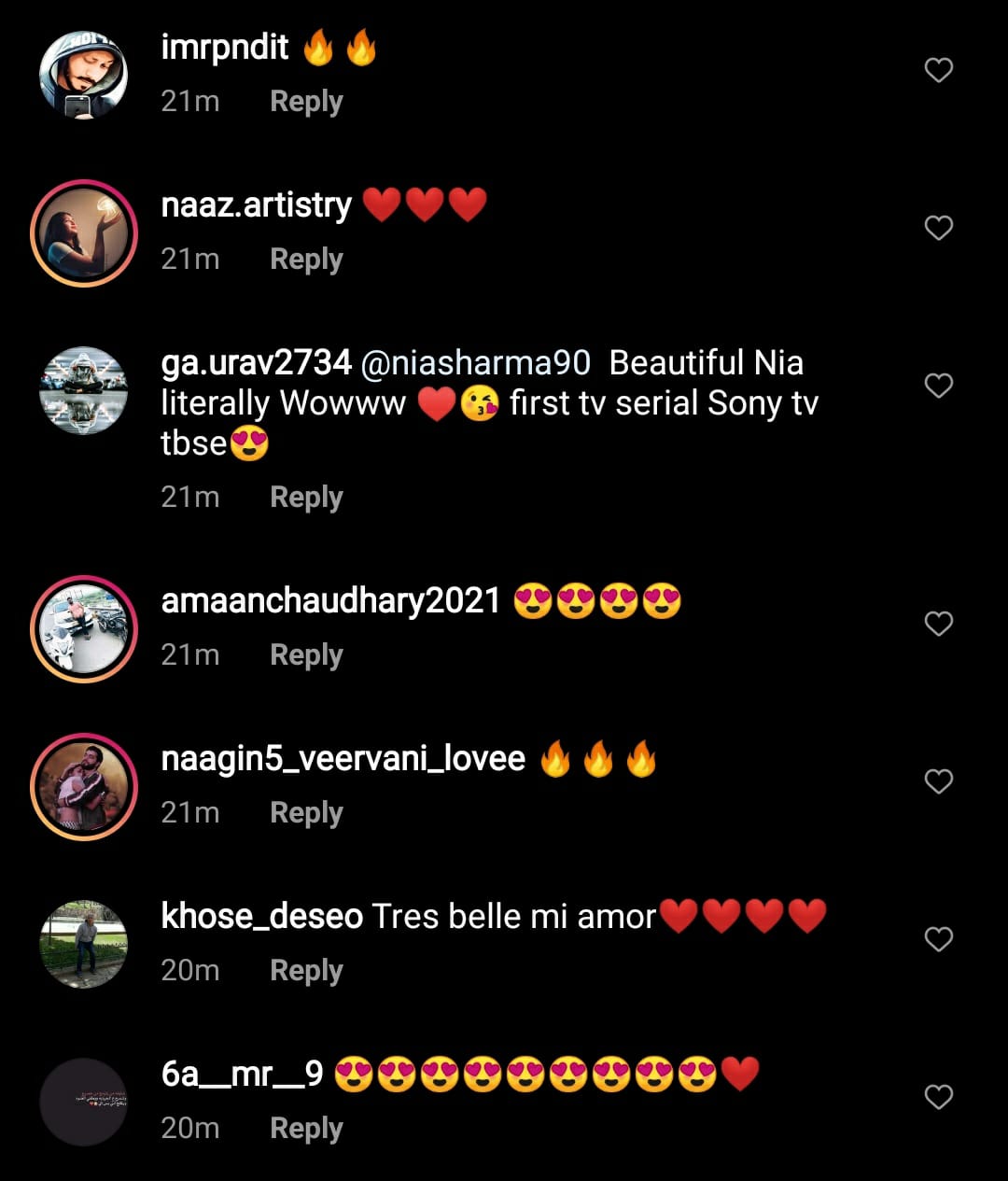 Actress Nia Sharma is quite popular on Instagram and often receives love and praises from her fans. The actress enjoys a following of nearly 6 million and still rising. Nia Sharma made her digital platform debut playing the character of Alia Mukherjee in Vikram Bhatt's web series Twisted following which she appeared in the Zee5 web series Jamai 2.0.

Also read: Nia Sharma Treats Fans With A 'Then & Now' Pic, Giving A Glimpse Of Her Childhood Days

Nia reprised her role as Roshni in the first season of Jamai 2.0. The second season of the series is set to premiere soon on Zee5 with Nia Sharma reprising her role once again. The series will also star Ravi Dubey and Achint Kaur in lead roles. Take a look at a trailer that Sharma shared recently on her Instagram account below.