Punyashlok Ahilyabai's Aditi Jaltare Gets Maharashtrian Delicacies For Everyone On Sets

Punyashlok Ahilyabai's Aditi Jaltare gets Maharashtrian delicacies for everyone on the sets of her show. She portrays the character of Ahilyabai on the show.

As they say, a family that eats together stays together. Food helps bond people, groups and communities. Sharing a meal together is an intimate form of expression. Needless to say, when you’re a creative bunch working on a project with the collective aim of its success, family bonds are formed. Sony Entertainment Television’s latest offering Punyashlok Ahilyabai has kept the viewers glued to their screens.

The show depicts and celebrates the inspirational journey of Ahilyabai Holkar, who overcame the barriers of a patriarchal society with the unwavering and unconditional support of her father-in-law, Malhar Rao Holkar, proving that one becomes great not by gender or birth, but by deeds. Child actor Aditi Jaltare, who essays the character of Ahilyabai Holkar in the show, is a girl of many talents. She has wowed the audience with her acting skills as she portrays one of the finest female rulers in Indian history and a prominent ruler of the Malwa kingdom. 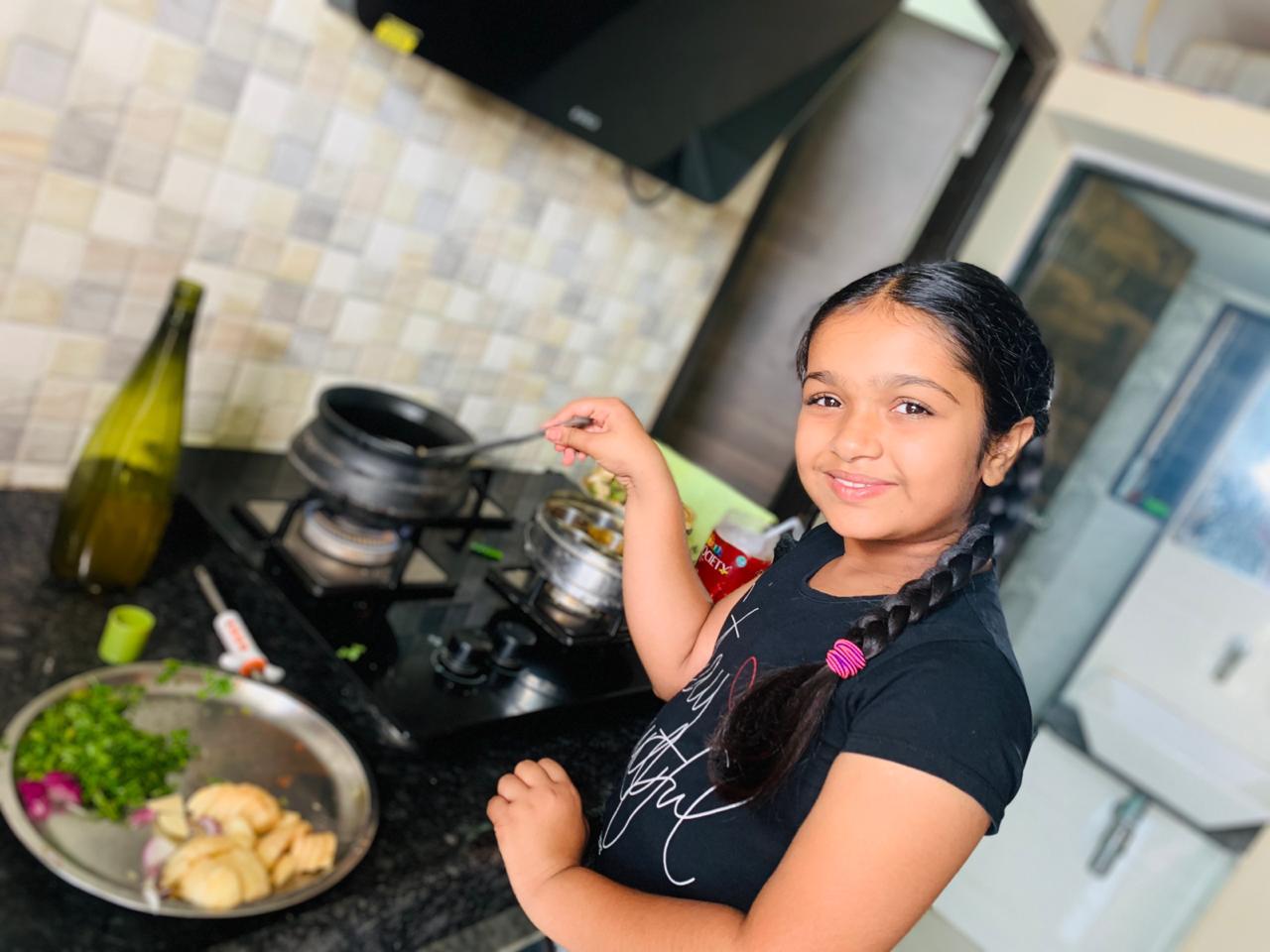 Also Read: Ahilyabai Holkar Serial's Cast: Here's A List Of All The Actors & Characters On The Show

On the other hand, Aditi is exploring her culinary skills and loves attempting authentic Maharashtrian delicacies with her mother. Naturally, since she’s spending most of her time, on the sets of Punyashlok Ahilyabai, she has made it a point to make everyone try her home-cooked food. Talking about her cooking hobby, Aditi said that she's a big-time foodie and loves Maharashtrian delicacies. She's also trying her hand at making these delicacies under the watchful eyes of her mother.

She mentioned that some of her favorite Maharashtrian dishes include puran poli, katachi aamti, and daal vadi and she also makes it a point to get some handful delicacies for everyone on sets, once in a while. Punyashlok Ahilyabai cast also seems to relish her delicious home-cooked food and these little moments are the reason why shooting for the show never feels like work to her. She added that that entire unit has become like her extended family. The show Punyashlok Ahilyabai airs on the weekdays at 7:30 pm on Sony Entertainment Television.

Also Read: Punyashlok Ahilyabai: Here's All You Need To Know About The Upcoming Period Drama