Bear Grylls from Man vs Wild shared the first look from his upcoming episode featuring Tamil superstar Rajinikanth. Read on to know more.

Man vs Wild with Bear Grylls is a survival skill reality television series that is hosted by Bear Grylls. The show is popular among its fans and is regarded as an informative and educative show that enlightens its viewers with good survival techniques. Reportedly, the show is famous among the Indian viewers as well.

It was earlier revealed that after PM Modi, Rajinikanth would be featured on the show. Recently, Bear Grylls took to his social media handles and revealed the first look of the episode where he can be seen with the actor. Read on to know more.

Rajinikanth on 'Man vs Wild'

Bear Grylls took to his social media handles and revealed the first look from his upcoming episode which will feature the Tamil superstar, Rajinikanth. The first look from the episode has been going viral on the internet as Rajinikanth would be making a debut on the small screen in the show, Man vs Wild with Bear Grylls. Check it out.

Read | After Akshay And Rajinikanth, Virat And Deepika To Feature On Bear Grylls' 'Man Vs Wild'?

Preparing for @Rajinikanth’s blockbuster TV debut with an Into The Wild with Bear Grylls motion poster! I have worked with many stars around the world but this one for me was special. Love India. #ThalaivaOnDiscovery pic.twitter.com/kFnkiw71S6 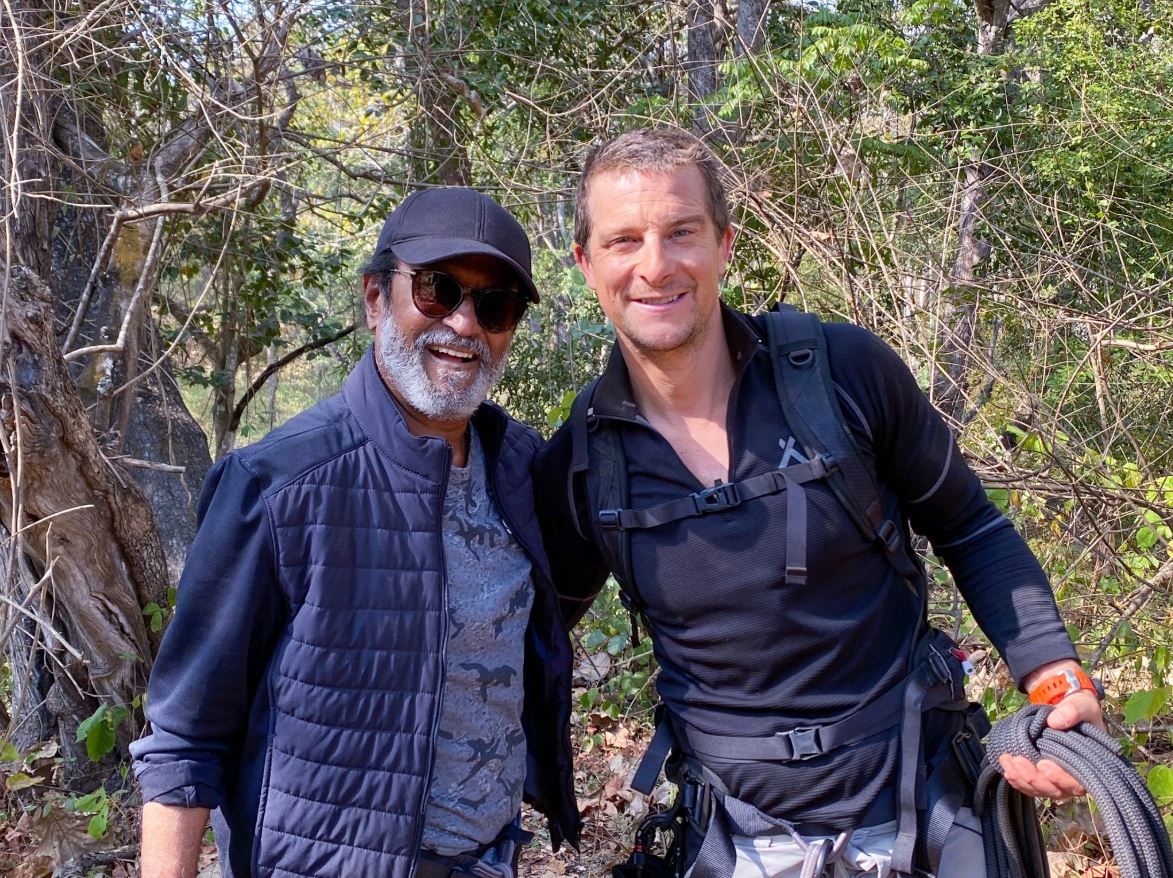 In the month of January, Rajinikanth had visited the Bandipur Tiger Reserve in Karnataka to shoot for the Discovery channel's new programme. Discovery channel had taken permission from the Karnataka forest department to shoot in the Bandipur tiger reserve. As officially listed, the Tiger Reserve has 28 species of mammals to be thriving in the forest, including the royal Bengal tiger, Asian elephant, common leopard, bonnet macaque, Indian pipistrelle, and barking deer, among others.

Thank you very much dear @BearGrylls for an unforgettable experience ... love you. @DiscoveryIN thank you 🙏🏻 #IntoTheWildWithBearGrylls

Read | Man Vs Wild: 'Family Man With A Will Of Steel', Says Bear Grylls About Akshay Kumar