After 'Ramayan's Sita, Dipika Chikhlia is set to play one of the prominent freedom fighters Sarojini Naidu. She shared the first poster and created fan frenzy.

One recently witnessed the craze surrounding the craze of Ramayan, as its rerun created records galore, even turning out to be most-watched show globally. The actors playing the iconic characters of Ram and Sita, like Arun Govil and Dipika Chikhlia have once again become household names. The duo has often stated that audiences till today address them as Ram and Sita, and touch their feet to seek blessings.

After playing a character like Sita, Dipika Chikhlia is gearing up for another iconic character of freedom fighter Sarojini Naidu. The actor shared the first poster of the film titled Sarojini.

In the poster, Dipika is clicked in a candid pose, while the visuals of the freedom movement can be seen in hues of the Indian tricolour. The tagline read ‘swatantrata ki nayika ki ek ankahi kahaani’ (An untold story of the heroine of independence).

Netizens went gaga over the poster, asking when the film will release and sharing that they will definitely watch it. 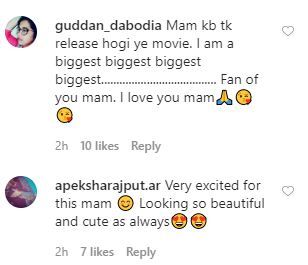 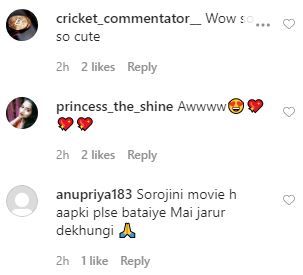 Sarojini Naidu played a major role and was one of the most promiment female names in the independence movement right from 1905. However, being appointed President of the Indian National Congress in 1925 and joining Mahatma Gandhi’s movement at that time were among the highlights. Her poems played a major role in the inspiring citizens to come out and fight, and she was called the ‘Nightingale of India.’

Sarojini is being directed by Akash Naik and Dhiraj Mishra. It’s likely that the shooting will begin once the lockdown will be lifted.

READ: Ramayan’s Dipika Chikhlia Turns 55, Says She Wants To Be Known As More Than Just Sita