Raqesh Bapat Laments Sidharth Shukla's Death, Says 'we Were In State Of Disbelief' 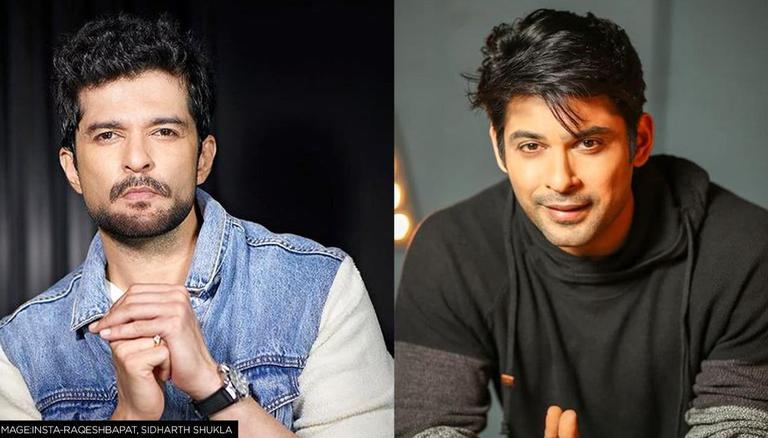 
Actor Sidharth Shukla’s untimely death was a great blow to the entertainment industry. The actor who had started to gain prominence post his stint, in reality, show Bigg Boss, had passed away due to cardiac arrest. Actor and Bigg Boss OTT inmate Raqesh Bapat who was unaware of the heartbreaking news until the last day of the show, recently expressed how he was completely taken aback by the tragic news.

During a recent conversation with Pinkvilla, the television star shared how the news was taken by him along with the fellow mates who were in a complete state of shock. Talking about the same, he said that they learned about the Sidharth Shukla's untimely demise on the last day of their stay at the reality show and were in a state of disbelief.  The actor further shared that the unfortunate incident has left him introspecting life and how unpredictable it gets with every passing time. He added that people should not focus on hatred, instead believe in spreading kindness.

Raqesh who made it to the headlines after his closeness with actor Shamita Shetty on the show reflected his thoughts on how the contestants who were so shaken by the news, pondered upon the time they had spent in the house. He said that the inmates even thought about the utter chaos, fights that they have gone through over their stay in the house. Raqesh advocated that with life being so unpredictable and nobody knows what is in store for them next, advised people to be nice instead of ‘indulging in fights, mudslinging.’ After recollecting all the heated moments and fight on the show in the race to win the trophy, Raqesh confessed that suddenly everything felt flat after they heard the news.

READ | Did you know Jr.NTR’s Brindavanam was remade in Marathi with Raqesh Bapat & Pooja Sawant?

Given the fact that life is very uncertain, Raqesh told the leading entertainment portal that it is important to be nice and live in the present, live in today. Now he feels bad, sad for all the fights and arguments that happened in the house. Sidharth's demise made him realise that since nobody knows what will happen next in life, so he emphasises the need to spread happiness rather than hatred around each other.