Rashami Desai recently sent fans in a tizzy as she shared pictures of her first look from her TV show. Fans say she looks like Sridevi. Read here.

Rashami Desai is currently one of the popular actors in the television industry. The actor has starred in several TV shows. Rashami Desai recently sent fans in a tizzy as she shared pictures of her first look from her TV show, Naagin 4. Rashami Desai was seen in a traditional avatar. Fans loved her new avatar.

Rashami Desai shared a couple of pictures on her Instagram handle where she is seen wearing a red embroidered lehenga with a sheer green dupatta that has embellished borders. The actor opted for heavy jewellery and bright makeup. Check out the picture below.

The actor looked stunning as she received loads of compliments from her friends and fans. Among all those comments there were a few comments where fans said that she resembles a lot like Late legendary Sridevi. While others wrote, ‘beautiful,’ ‘stunning,’ and all things nice. Check out a few comments on Rashami Desai’s picture. 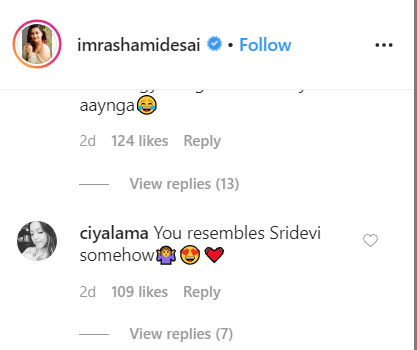 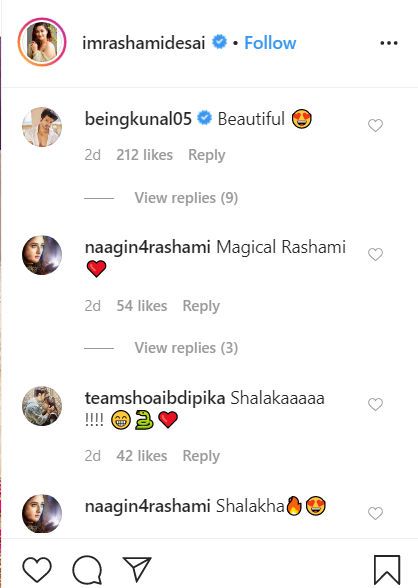 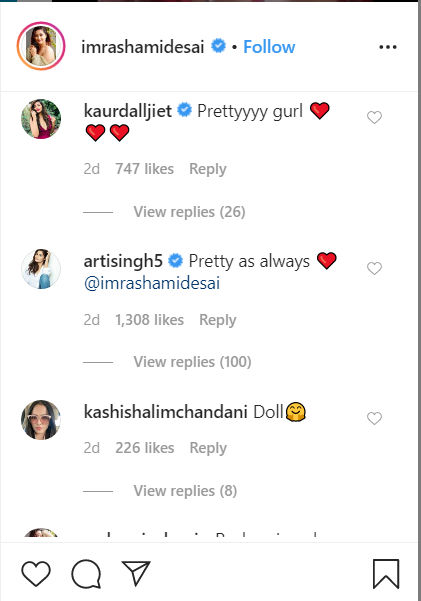 Rashami Desai will be seen portraying the role of Mrs. Parikh in Naagin 4. It was reported that after Jasmin Bhasin and Sayanatani Ghosh’s exit from the daily soap, fans have been very excited to see Rashami Desai play the role of a Naagin (snake) for the first time on the show.

The show also stars Nia Sharma, Shalin Bhanot and Vijayendra Kumeria in lead roles. The show has reportedly kept fans hooked as they are very curious to know how the show will end.