Recently, piquing the curiosity of her fans, Rashami Desai announced her next project with her friend Adhvik Mahajan and also shared the poster of the project.

After her successful journey in reality shows Bigg Boss season 13, television actress Rashami Desai has earned a massive fan following. Ever since her exit from the show, the fans have been curious about her upcoming projects. Recently, piquing the curiosity of her fans, the Naagin 4 actress announced her next project with her friend Adhvik Mahajan and also shared its poster on social media.

Rashami took to her Instagram handle to announce her next project and also shared gave a sneak peek of her look in the next project. The actress is all set to entertain everyone with another interesting project, and this time she will be featuring with her friend Adhvik Mahajan. Rashami shared the first poster of her venture which is titled Tamas. In the poster, Rashami is seen wearing a traditional white dress and looks ethereal. With dupatta on her head and silver earrings, Rashami's look is simple yet captivating. On the other hand, Adhvik looks dapper in a shirt.

The intriguing poster shows that Tamas is going to be something with a beautiful storyline and heart touching dialogues. In the poster, both the actors are seen facing different sides, reflecting a divide of sorts. While Rashami has a smile on her face, Adhvik had a tensed or worried look on his face. Not much has been revealed by the actress about the upcoming project yet.

As soon as Rashami shared the news on her Instagram page, scores of her fans stormed the comment section and expressed their excitement over the good news. One of the users who was excited about the project wrote that she just cannot wait for the actress to reveal more details and tell whether it is a web show or a song. Another user who was taken aback after seeing the beauty of the actress in the poster wrote that people usually praise beauty but he felt like praising the personality of the actress. A third user chimed in extended his good wishes to the actress and wrote that he knows that Rashami is going to rock again on the screen. A fourth user echoed similar sentiments and expressed his happiness of seeing the actress once again to entertain her fans. 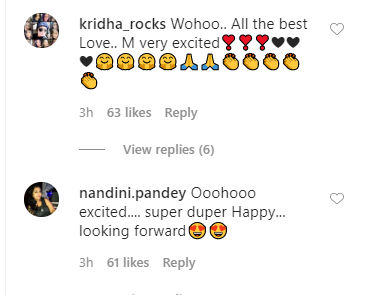 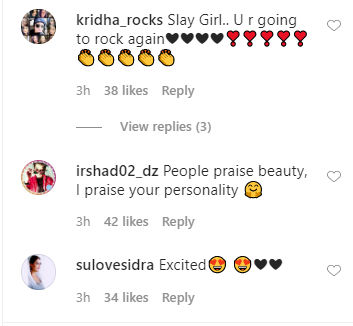