'Roadies Revolution' latest episode will show major ego clashes in Basket Brawl this week! Read on to know some detailed nuggets about the upcoming episode.

Roadies Revolution is the 18th season of Roadies. The show premiered on February 15, however, the filming was closed for a few months due to the pandemic outbreak in the country. After 6 episodes, the show had to be halted and it only restarted its filming from June 27. Post an overwhelming vote-out process last week, this week of Roadies Revolution will see a nail-biting battle between the contestants. Read on to know some nuggets from the new episode that will air this Saturday on MTV at 9 pm IST.

Last week the Roadies Revolution episodes showed Tarandeep and Prakhar exiting during the vote out. This week, their team i.e. Team Arushi and team Pratibha would have to brace up to stand strong against the vote outs. Roadies Revolution latest episode will showcase Rannvijay bringing another twist in the episode, where he now asks the two leaders to form an alliance. But only time will say how Neha and Varun react in the episode due to the unexpected twist in the show. 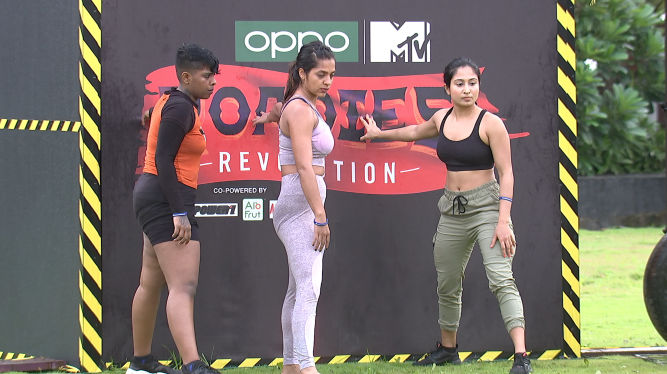 Rannvijay introduces a Basket Brawl game where team Varun and team Nikhil would be seen competing against Team Neha and Team Prince. The winning team has a chance to get full immunity while the leaders will get one star each. Each team will have 7 Roadies out of which 3 would be girls. Team Neha goes with an unexpected choice of a member when they choose Arushi's friend Hamid in her team. This could, however, cause a conflict in the team, but only this week's episode will showcase whether immunity is greater than friendship this time. 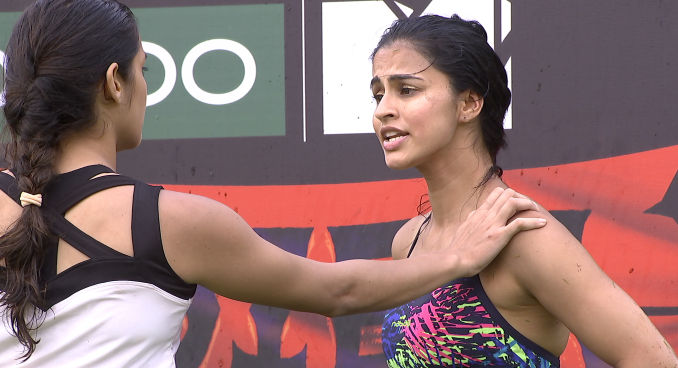 Roadies Revolution's latest contestants Pratibha and Arushi then start a major argument which is only stopped when host Rannvijay jumps in. The recent Roadies Revolution task of Basket Brawl is expected to cause some huge ego clashed between the contestants. Catch the latest episode this Saturday at 7 PM.

ALSO READ| 'Roadies Revolution' Is Back With A New Conflict Between The Archrivals; Watch Video