Khatron Ke Khiladi 10 host Rohit Shetty was spotted shooting for the promo film in Mumbai Suburbs. Take a look at the filmmaker in his acting boots. Read here.

Rohit Shetty recently completed the shooting if his next big action-packed police film Sooryavanshi. Today, the star was seen in suburban Mumbai shooting a promo for his upcoming show Khatron Ke Khiladi 10. Rohit has been hosting the show for last two seasons and will be returning as the host for the fifth time. He has hosted a Khatron Ke Khiladi seasons 5, 6, 8, 9 and will host season 10. Here is a picture of him from the promo shoot. 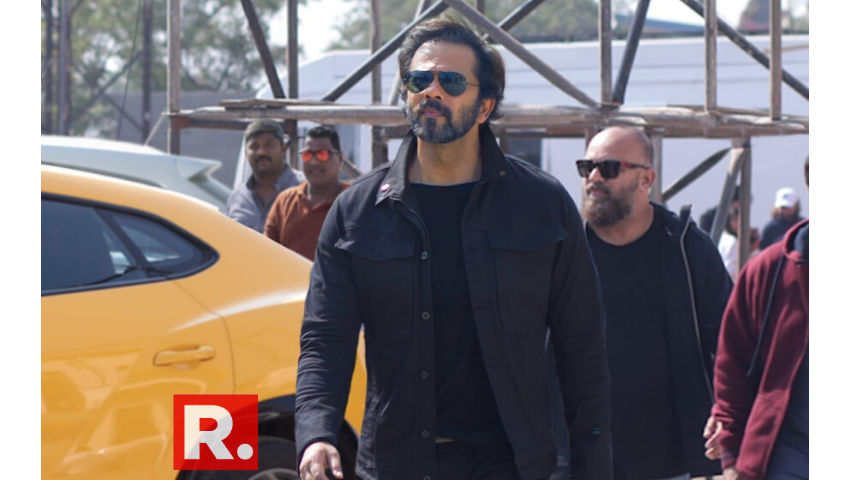 In this image, we can see Rohit Shetty shooting for Khatron Ke Khiladi. We can see him in a black T-shirt and a black jacket. He is sporting a full beard and also wearing black aviators. It seems like Rohit is been followed by muscular men as he is shooting for the promo.

Read Also| Rohit Shetty Was A Stunt-man Before He Ventured Into Direction? Here's His B'wood Journey