Yeh Rishtey Hain Pyaar Ke actor Shaheer Sheikh, who got married to ladylove Ruchikaa Kapoor in November last year, recently gave fans a sneak-peek into their chic apartment. The popular television actor took to his Instagram Stories yesterday to give everyone a tour of his 'home sweet home'. Along with giving everyone a home tour on Instagram, Shaheer also revealed that he has designed the interiors of his apartment.

Actor Shaheer Sheikh is leaving no stone unturned to make his and wife Ruchikaa Kapoor's abode as swanky as possible and his recent Instagram Stories are proof. Yesterday, i.e. February 1, 2021, the film and television actor gave a room-by-room home tour of his & Ruchikaa's apartment on Instagram. From what can be seen in the videos shared by Shaheer, his bedroom has a platform bed, which is all-things white, from its mattress to its headboard. As he moves forward, two vintage-looking wingback chairs can be seen placed in one of the cosy corners of the apartment, with a bunch of houseplants in the background. 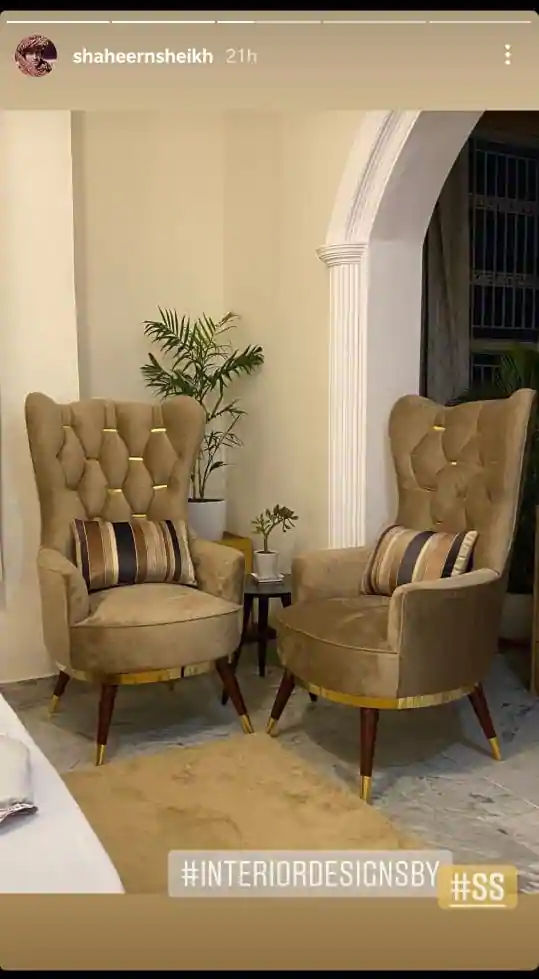 In addition to an array of houseplants, a statement chandelier and well-organised storage spaces complemented the aesthetics of his apartment well. Furthermore, in the video, glimpses of his extravagant walk-in-closet attached to his room can also be seen. Sharing the videos on his Instagram Stories, the 36-year-old wrote, "#interiordesignsbyme". 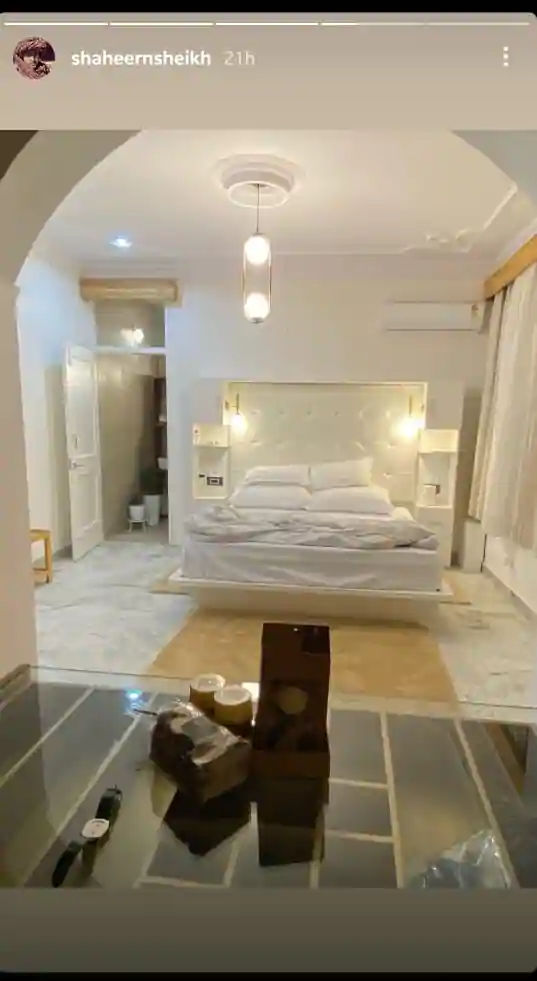 For the unversed, Shaheer took his wedding vows with Ruchikaa in a court marriage back in November 2020. Sharing a photograph from their registry day on his Instagram handle, he had captioned the post, "Zindagi khatm bhi ho jaaye agar… Na kabhi khatm ho ulfat ka safar. #ChaloDildarChalo #ikigai". After their court marriage, the newlyweds had jetted off to Bhutan, Nepal, for their honeymoon and shelled out major couple goals with their mushy pictures from their vacay.

A couple of days ago, the Kuch Rang Pyar Ke Aise Bhi actor shared yet another romantic photograph with his wife from their getaway on Instagram. In the picture, the man and wife are seen twinning in ochre-green jackets as they posed for the camera in front of a massive Gautam Buddha statue. Sharing the picture, Shaheer wrote, "It is better to travel well than to arrive. #GautamaBuddha".