Shehnaaz Gill recently went live on Instagram to connect with her fans and talked about the needs of makeup for every artist. Read further ahead to know more.

Shehnaaz Gill, one of the popular artists who has a huge fan following, recently went live on social media and connected with her fans for a short while. As her fans dropped several questions for her while she was live, she tried to respond to as many as possible. She also talked about the need of makeup for artists when one of her fans asked a question about it. Let’s take a look at Shehnaaz Gill’s Instagram and see how she interacted with all her fans about her makeup needs.

Shehnaaz Gill recently took to her Instagram handle and held a live session to interact with her fans. Many of her fans joined her live Instagram session and flooded the comment area with several questions. As Shehnaaz got overwhelmed by the love and respect received by her fans, she talked about the makeup needs of every artist.

In Shehnaaz Gill’s Instagram live session, she was seen wearing a beautiful white coloured off-shoulder dress and wore a bold red shade lipstick along with it. When she talked about the fact that she herself did this makeup, one of her fans reacted to it and stated how she doesn’t need any makeup and looks stunning without it too. Shehnaaz then reacted to that fan’s comment stating how every artist needs makeup. She even added that though everyone has their natural beauty, in order to portray a variety of roles and looks, every artist needs to wear makeup. She even thanked all the fans for complimenting her beauty. Let’s take a look at Shehnaaz Gill’s Instagram handle and see how her fans reacted to her Instagram live session. 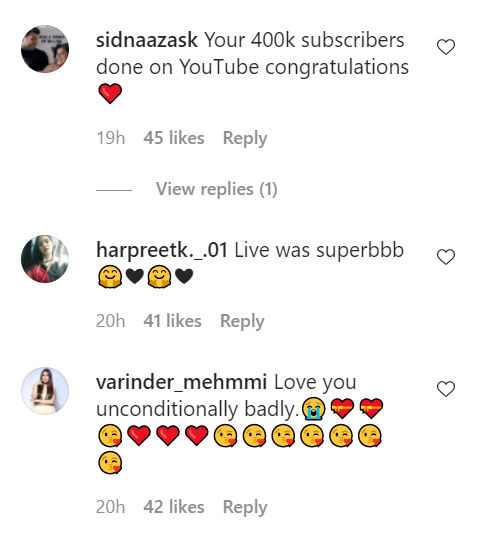 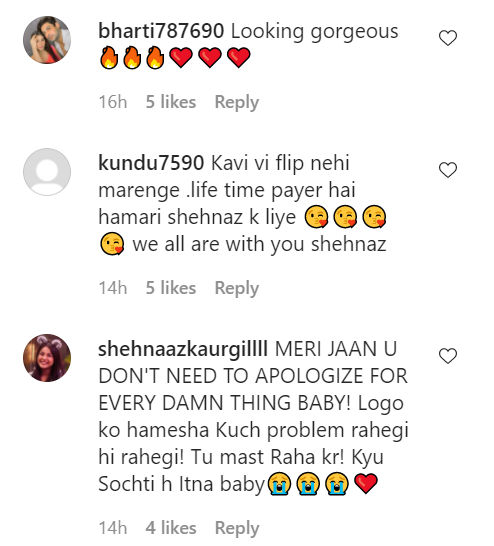 Also Read Shehnaaz Gill Says, 'meri Umar Nai Hai', When A Fan Asks Her When Is She Getting Married

The fans have seen a massive change after Shehnaaz Gill’s new look appeared on her social media. As she began gaining popularity, she made efforts to transform herself and in a matter of time, she stunned her fans with her magical transformation. This picture shared on Shehnaaz Gill’s Instagram was one of her old looks when she was planning to transform herself. In the caption, she stated how she was onto her new journey with a promise to everyone that she would keep on entertaining and bringing smile to the world.

Also read Shehnaaz Gill Says She Won't Get Work If She Had Stayed Chubby; Watch

Also Read Shehnaaz Gill Promises A 'surprise' For Her Fans; Here Is What She Said