Shehnaaz Gill is currently in Kashmir, shooting for a new music album with singer and rapper, Badshah. She has been sharing many glimpses from her trip but it was her latest video that went instantly viral on the internet. Shehnaaz donned the Kashmiri traditional attire and danced to the tunes of Preity Zinta and Hrithik Roshan's hit song, Bumbro Bumbro, from the movie Mission Kashmir.

On February 6, Shehnaaz Gill's video was up on the internet and fans rushed to drop comments on it. In the clip, she gave a sneak-peek into Kashmir's snow-clad mountains and then grooved to the beats of the song. She wore a pink and emerald green Kashmiri Kaftan and also wore some accessories. Sharing the same on Instagram, the Bhula Dunga actor wrote, "When in Kashmir do it their way! Had to dance on this epic song at the heaven on earth."

Ken Ferns wrote, "This was the most fun shooting !!! All of us were literally dancing," whereas DJ Chetas also dropped an endearing comment. A user wrote, "You look very beautiful Shehnaaz," whereas many flooded the comments section with love and hearts. 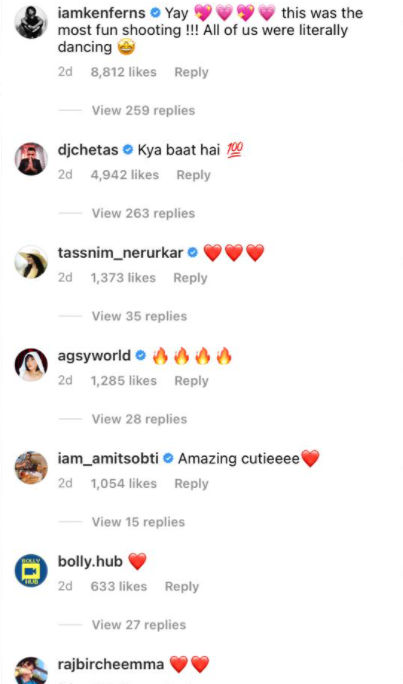 Apart from this, Gill also dropped another video in which she was enjoying the snow. However, in her clip, while dancing, she fell on the ground. And soon, one of her team members helped her get up from the snow. It was on February 3 when Shehnaaz posted a photo with Badshah and broke the big news of their collaboration. She teased fans with a glimpse from the same and wrote, "Coming Soon." Soon, Tonny Kakkar, Amit Sobti, Tassnim Sheikh and many others congratulated her.

On the work front, Gill last teamed up with Sidharth Shukla for a music album titled Bhula Dunga. Sharing the video, the makers wrote, "Love takes you to all kinds of emotional rides, happiness, sorrow, excitement peace and much more but when it starts giving you pain its time to let go. Enjoy Darshan Raval's latest love ballad with undeniable chemistry of Bigboss Power Couple Sidharth Shukla and Shehnaaz Gill." She was also seen in the peppy number, Shona Shona, which released in 2020.