Shehnaaz Gill posted a video on her social media handle where she can be seen requesting the cameraman to call her Katrina Kaif. Read on to see the video.

Bigg Boss 13 fame, Shehnaaz Gill recently posted a video of herself on Instagram where she is insisting that the cameraman call her Katrina Kaif. The singer-model from Punjab was introduced on the show as ‘Punjab ki Katrina Kaif’ by show host Salman Khan himself. Ever since then, fans of the show started addressing her as Katrina Kaif. Read on to see the video posted by Shehnaaz Gill on her social media handle.

Once the video was posted on social media, Shehnaaz Gill’s fans started flooding comments on the video. They posted comments to show how much they loved and adored Shehnaaz. Check out some of those comments below. 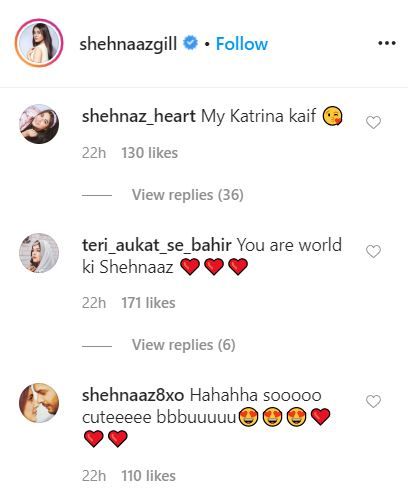 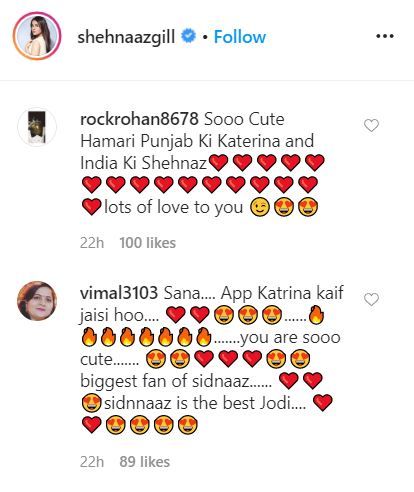 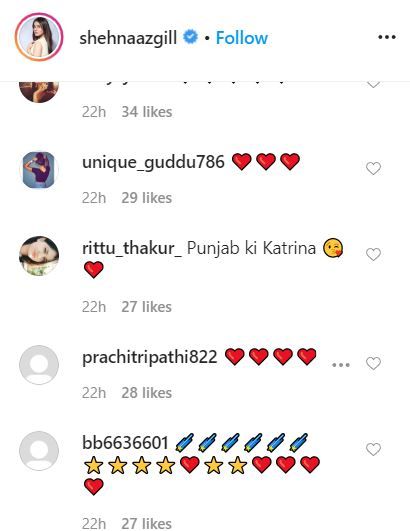 On several occasions, Shehnaaz Gill has been seen trying to live up to the tag she has been given. It was reported earlier that for the telecast of her reality show, Mujhse Shaadi Karoge? she had asked for the make-up artist of Katrina Kaif to come and do her make up. Moreover, On the show of Bigg Boss 13, Shehnaaz used to enjoy being addressed as Katrina Kaif.