On April 22, Shibani Dandekar took to her Instagram to share a pasta-making video with fans. But Shibani's behaviour with her househelp received unpleasantries.

Singer, actor and television host- Shibani Dandekar took to her Instagram on Wednesday to share her indoor cooking session with fans. She gave a glimpse of how to make pasta with mushrooms and cream sauce. The whole video was filmed by actor Farhan Akhtar who can be heard guiding her about the same. Shibani, in the clip, confessed she isn't a good cook and was seen taking tips from her maid who helped her with the session. However, Shibani's behaviour with her house help did not do down well with some fans who posted unpleasant comments about it.

In the video, Shibani Dandekar is seen cooking under the supervision of her house help Sunita and the former keep asking for instructions for the best outcome. One such glimpse in the video caught many eyeballs when it appeared that Dandekar did not know how to increase or reduce the gas flame.

In the later part of the segment, Shibani questions Sunita if she has boiled the pasta with salt in it, and Sunita tells her a no. Soon after which Shibani tells her "Sunitaaa, oh my God, I tell you. Now we'll have to improvise." Farhan Akhtar is also a part of their conversation, as he helps Dandekar with the same. But looks like fans are disappointed with the way Shibani has spoken to her house help.

A fan said, "Please show some respect for your maid who prepares all of your meals. Besides, I don't think you've ever cooked before. You don't need to be a brainer to turn of the gas stove and what sort of pasta are you cooking anyway? Spring onions in pasta? Wow Please improvise on your cooking skills 1st. Before you improvise on your dish!!!"

Another fan wrote, "I mean you can't even turn the gas on the minimum and you're kinda making your cook feel guilty about not adding salt to the pasta."

While somebody else said, "Spare humanity dont cook"

making pasta with mushrooms spring onions and cream sauce! I’ve made this a thousand times and it still isn’t that good! thank you to my wonderful kitchen assistants and cameraman! 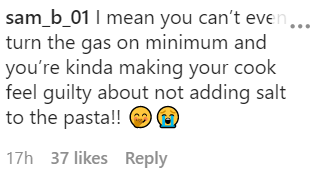 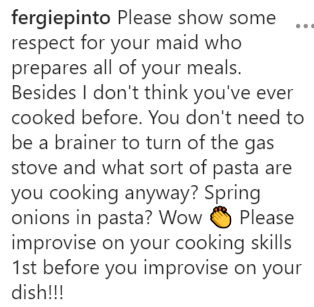 Shibani Dandekar reacted to the backlash by stating, "It was a JOKE! Even she got it! Get yourself a sense of humour and life, please! You are annoying me now." 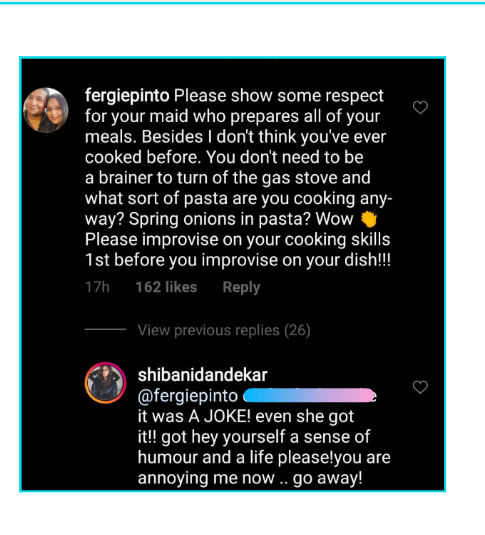 PEOPLE HAVE PLEDGED SO FAR
LATEST NEWS
View all
1 day ago
Gabrielle Union files complaint against NBC, 'America's Got Talent'
22 hours ago
Arun Govil draws 'Ramayan' reference for CM Yogi Adityanath to convey birthday greetings
1 day ago
Ekta Kapoor's K-serial actors that went on to become popular Bollywood movie stars
21 hours ago
'Kehne Ko Humsafar Hai' star Ronit Roy's net worth as he rose to become India's 'Mihir'
20 hours ago
Aishwarya Sakhuja tags Mumbai Police and calls out an obscene message she got from a fan