On August 6, Shivin Narang shared an Instagram reel and revisited the memories of Beyhadh 2. A section of fans started questioning about the show's return on TV

Actor Shivin Narang on August 6 shared a reel on his Instagram wall, which featured a scene from his previous series Beyhadh 2 along with its title track. Instagramming his reel video, Shivin Narang wrote a short caption, which read, "memories" along with a rainy cloud and black-heart emoticon. Soon many "Mayra" fans flooded the post's comments section with queries related to Beyhadh 2's return on TV. Scroll down to watch Shivin Narang's reel.

READ | Shivin Narang Shares 'biggest Achievement' From 'Beyhadh 2'; Says 'it's One Of A Kind'

Talking about the fifteen-second long video post, it managed to receive more than 69k views within a few hours (and is still counting). Apart from heart emoticons, many users in the comments section were asking for an update regarding Beyhadh 2's shooting and fresh episode. A fan wrote, "When will the show be on air again?" while another fan asserted, "Missing beyhadh 2 so much" (sic). Along with these questions, a section of fans also adored Shivin's look in Beyhadh 2's video. 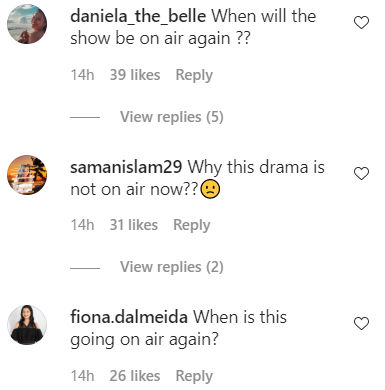 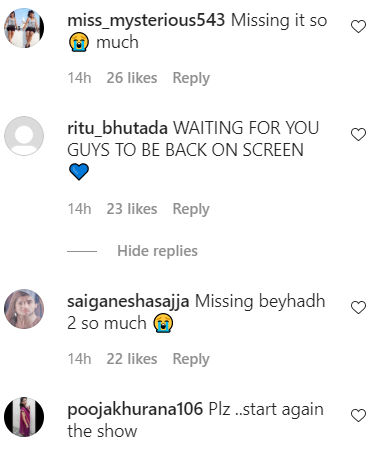 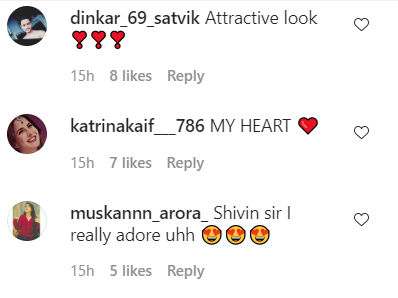 After the announcement of the nationwide lockdown in March, the makers of Beyhadh 2 officially announced that the crime-thriller will not return on TV with the fresh episodes. Along with Beyhadh 2, the channel also axed two more popular serials, Patiala Babes and Ishaaron Ishaaron Mein. The last episode of the series was telecasted on March 31, 2020.

The sequel of 2016's psychological-drama featured Jennifer Winget and Shivin Narang along with Rajat Verma and Ashish Chowdhry. In this season the titular character Maya crossed all the limits in the name of hate. Beyhadh 2 focused on revenge drama.

Talking about the professional front of the 30-year-old actor, he was last seen in Rohit Shetty's adventure reality show Khatron Ke Khiladi 10. Apart from TV, he was paired opposite Vartika Singh for a Shahid Mallya's music video titled Chadeya Fitoor. It is speculated that the actor was approached for the lead of Ekta Kapoor's upcoming serial Naagin 5. Meanwhile, as of now, no official announcement has been made.