Popular TV actor Shweta Tiwari took to her social media handle and dropped several portraits of her from a recent photoshoot on February 5. Check out here.

Kasautii Zindagii Kay fame Shweta Tiwari took to her social media hand treated her fans with several picture-posts, which gave a peek into her recent photoshoot, on Thursday. Interestingly, Shweta sported a subtle yet glamorous avatar for the photoshoot as she wore Nimo Studios' silver two-piece gown. To glam up her off-shoulder silver gown's overall look, she opted for smokey eyes, dewy makeup, and a dash of lip gloss.

She also accessorised her look with a pair of matching earrings. Interestingly, to caption two of her posts, she wrote, "Believe in your infinite potential! (sic)" for one, and, "Glitters" for another. Scroll down to take a look at Shweta Tiwari's photos in her latest Instagram entries.

Within a day, the posts have managed to garner an overwhelming response from her fans. Meanwhile, a section of fans went gaga over Shweta's stunning look. On the other hand, popular TV celebs, such as Ekta Kapoor, Sara Khan, Dalljiet Kaur, Ashmit Patel, among many others, were quick to shower love on the actor. While Ekta Kapoor dropped a heart along with "wow", Sara Khan wrote, "Hottest". One-word compliments for the actor were a common sight in the comments section. 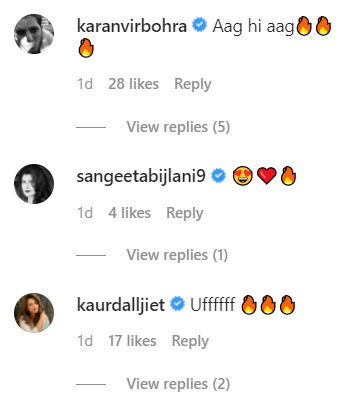 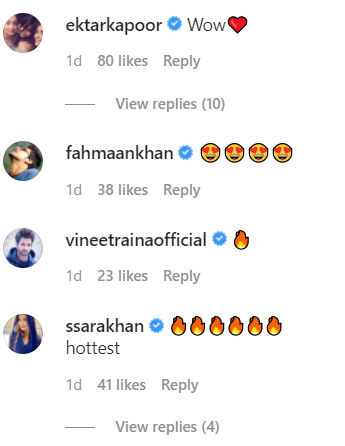 The Hum Tum and Them actor is an avid social media user as she keeps her fans posted with her whereabouts. On the other side, a bunch of posts on her media feed feature her kids. In her latest Instagram entry, the actor has dropped a hint about her upcoming project. While sharing a multiple-picture post, Tiwari wrote, "Laziness may appear Attractive but Work gives Satisfaction!". Without revealing many details of it, she further added, "Project- Dryfruit ka halwa".

On the professional front, the 40-year-old actor was last seen in Sony TV's rom-com series Mere Dad Ki Dulhan. The show also featured Varun Badola and Anjali Tatrari. After completing a year on TV, the show went off-air last year in November. In the show, Tiwari essayed the character of an unmarried middle-aged woman Guneet, who moved in Amber Sharma's house, who was a widower, as a paying guest.