Sidharth Shukla dances with a female fan as he attends an event in Delhi. Fans of the star comment 'Shuklaji Rocks' on the video. Check out the video, here.

Bigg Boss 13 winner Sidharth Shukla has been making a lot of appearances and giving interviews to different news portals after he took home the Bigg Boss 13 trophy. The actor best known for his work in the famous television show Dil Se Dil Tak has been ruling the social media pages. He recently attended an event in Delhi, where he spoke in brief about Bigg Boss 13 and the housemates. He also spoke about his well-appreciated bond with fellow Bigg Boss 13 finalist Shehnaaz Gill.

While he was at the event, he was shown clippings of his time in the Bigg Boss 13 house as well as some of the clippings from his career before Bigg Boss13. During the event, a few girls were asked to join him on the stage, where they grooved to a few songs with the star. A video has been revealed online, where Sidharth Shukla is seen dancing to the Bollywood hit song Mere Rashke Qamar.

Sidharth Shukla dances with his fans

In the video, Sidharth Shukla is seen matching steps with a girl who stood right beside him. However, another girl swooped in and asked him for a dance. He was seen twirling her around as the audience cheered on.

After the video was posted online, many of his fans commented on the video calling Sidharth Shukla a true gentleman and stating that the girl is lucky to match steps with the Bigg Boss 13 winner. Fans of the star also showered praises for Sidharth Shukla, while one Instagram user even stated that 'Shuklaji Rocks'. 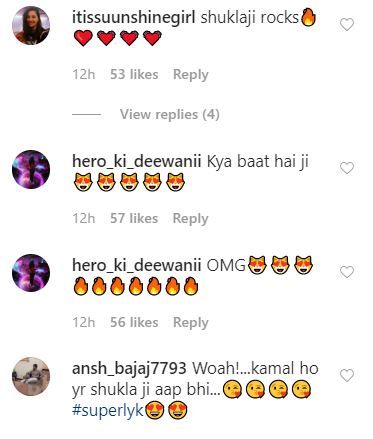 ALSO READ: Shehnaaz Gill On Her Equation With Bigg Boss 13 Winner Sidharth Shukla: 'He Is Family'

Sidharth Shukla was previously seen leaving Mumbai wearing light coloured clothes, he was captured by the paparazzi at the airport when he flew to Delhi for the event. However, photos emerged of the actor landing in Mumbai as well. Sporting a black coloured sweatshirt and a pair of dark blue coloured jeans, Sidharth Shukla was seen making a style statement as he arrived in Mumbai.