Sonalee Kulkarni Introduces Fiancé Kunal Benodekar On Her Birthday; Check Out The Pictures

Sonalee Kulkarni took the internet by storm as she made an announcement of her engagement with Kunal Benodekar on May 18, 2020. Read here.

The duo got engaged on February 2, 2020, long before the lockdown but after nearly three months Sonalee Kulkarni decided to reveal to the world. Sonalee Kulkarni and Kunal Benodekar 's engagement ceremony was a traditional Marathi affair.

In the pictures, Sonalee looked lovely as she sported mango yellow and red saree. Along with the nine-yards of pure grace, she also opted for a sleek bun with flowers on her head, well-done brows, slightly winged eyeliner and bold lips. She also completed the look with traditional earrings and a nose pin. Kunal Benodekar, on the other hand, looks smart in a blue kurta with small white spots along with a yellow dhoti. He also completed the look as she opted for a Kolhapur’s traditional fur topi.

The adorable couple also posed in a picture with their family. Parents of Sonalee and Kunal seem happy as they are all smiles for the camera. As per reports, Sonalee’s friends were also in attendance for the function. 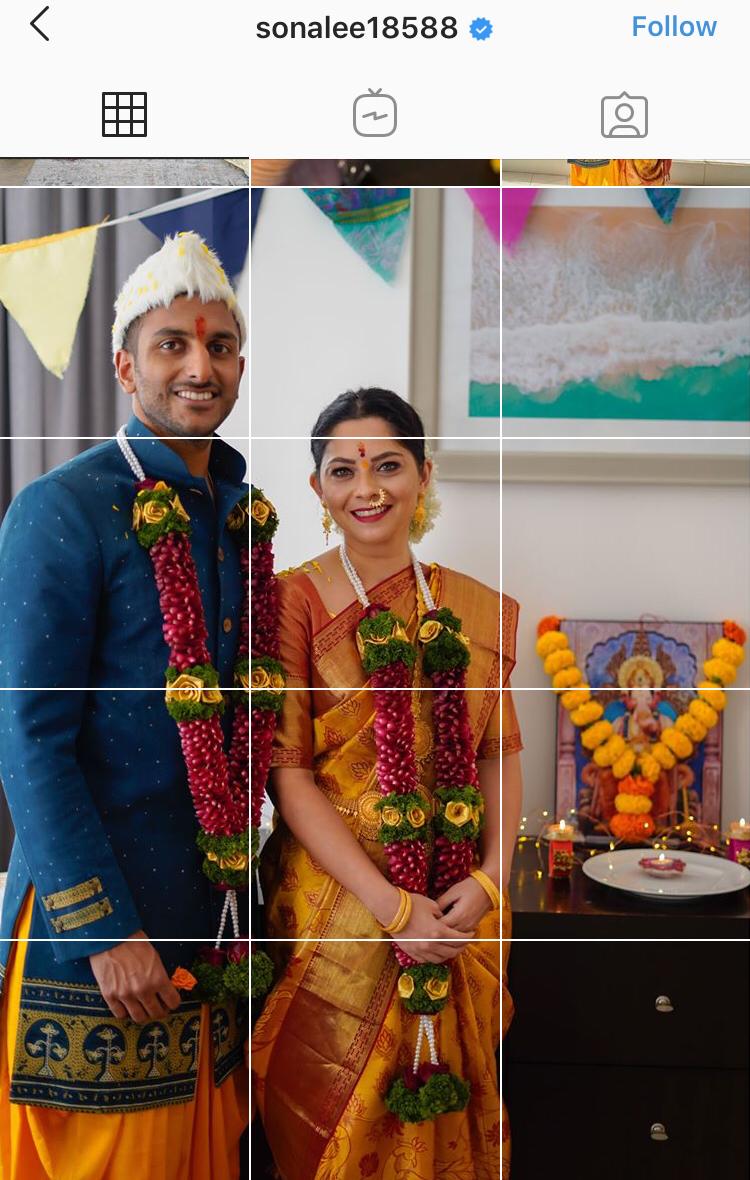 Ever since she made the announcement on her Instagram handle, fans cannot keep calm and have expressed their wishes and blessings to the couple in the comment section. The posts also received several likes. Seeing the comments, it seems like some of the fans were shocked when they saw the post, while the others were jumping in joy. Some of the fans wrote, “many congratulations,” “Congratulations to Both Lovely Couples,” and many more.

One of the users also commented on asking Sonalee why she hid the news for three months? To which Sonalee replied saying that she was waiting for the right time and what is better than her birthday. Check out a few more sweet wishes. 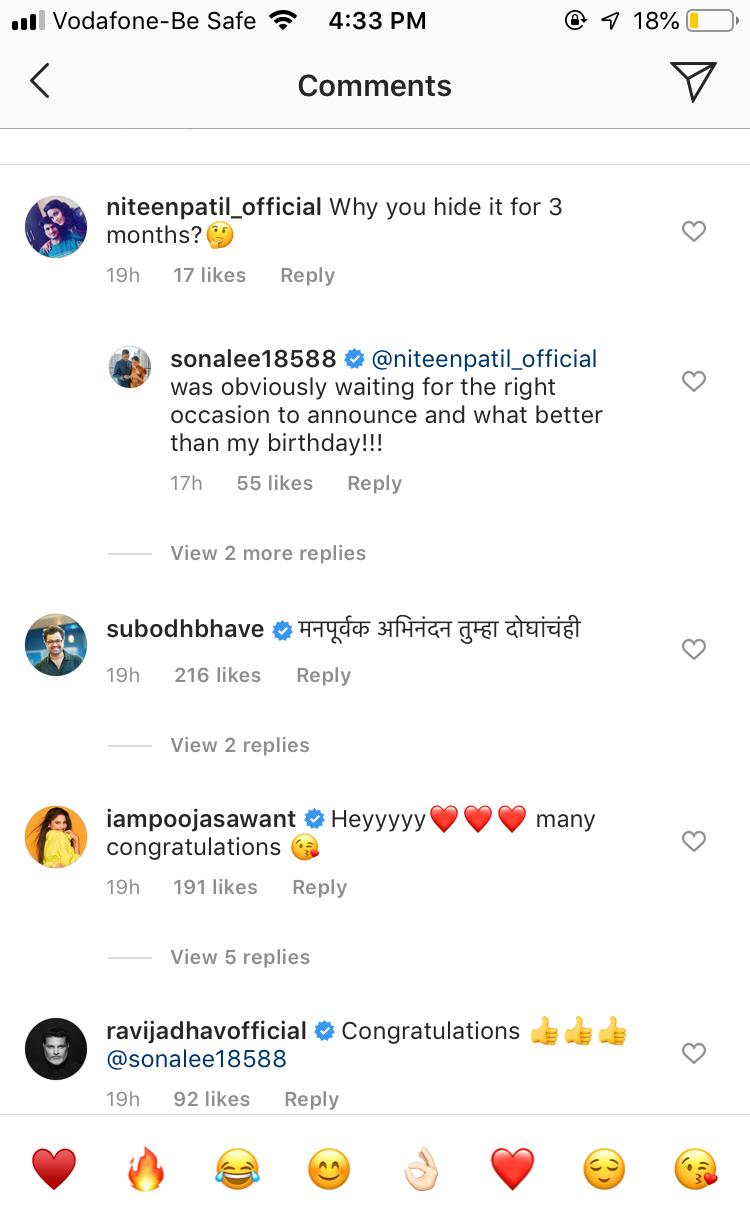