Splitsvilla 13: Sunny Leone took to her Instagram to share pictures with her co-host Rannvijay Singha. In the caption, she claims that he has her back.

Sunny Leone is quite active on her social media. She often shares behind the scenes pictures and videos of her series or movies. She recently took to her Instagram to share a picture with Splitsvilla 13 host Rannvijay Singha. In the picture, Rannvijay is standing behind Sunny and is making funny faces. The caption of the picture reads, "No matter what... @rannvijaysingha ‘s got my back!! And also makes some funny faces doing it!!". The comment section is filled with heart emoticons. Check it out. 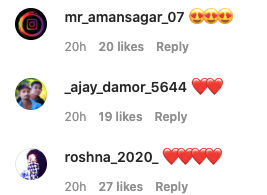 Splitsvilla 13 hosts Sunny Leone and Rannvijay Singha are currently shooting for the series in Kerala. Earlier, Rannvijay took to his Instagram to share a picture with Sunny Leone. In the picture, the actor is seen wearing a green off-shoulder top with a green skirt. She paired it up with a blue converse shoe. On the other hand, Rannvijay is wearing a dark blue printed teeshirt and white pants. Check it out.

The duo is often seen sharing pictures from Splitsvilla 13 shooting in Kerala. Fans are quite excited to see the new season of the reality show. The reality dating show where couples are isolated in exotic resorts and compete with each other through various tasks will return on March 6 at 7 pm on MTV. The ex-King and Queen of the show, Ashish Bhatia and Miesha Iyer will also be the part of the show, as per NewsCrunch. Kevin Alamsifar and Arushi Chawla of MTV Roadies Revolution will also take part in the show. Unlike another season, where all the contestants used to live in the same villa, this season will see two different villas in which the contestants will be divided.

Also Read: 'MTV Splitsvilla 13' contestant list: Here's everyone who is set to be part of this season

Also Read: Sunny Leone teases about 'Splitsvilla 13' with co-host Rannvijay; writes 'we are BACK'