Sunil Grover puts up a fun video as he wishes his fans and followers a happy Lohri. Have a look at the hillarious video and what he said in it. Read ahead.

Sunil Grover recently uploaded a fun video of himself on his official social media handle. He was seen wishing his fans in the video. He had a different method of wishing the fans. He also said that the celebration is supposed to go on.

Lately, everyone around the country has been in a celebratory mood due to the harvest festival Lohri. Lohri is a festival that is very significant in the northern part of the country. One of the many people to wish his fans a happy Lohri was none other than the comedian Sunil Grover.

The comedian posted a video of himself lighting a fire on the occasion of Lohri. He can be seen lighting a bunch of matchsticks in the Lohri style. He says “Happy Lohri” in the video and also sings a song along with it. Grover also spoke about how he wished to be in the north. In the caption for the post, he has jokingly mentioned the “big” Lohri celebration in Mumbai. Have a look at the video here.

Celebs reply on the post made by Sunil Grover

A number of actors and comedians have commented on the post made by Sunil Grover. Shonali Nagrani has mentioned how she misses Lohri of the north as well.

Comedian Gaurav Gera has also commented on the video saying ‘Wakhra Swag’. Kushal Srivastava has spoken about how creative his way of wishing is. 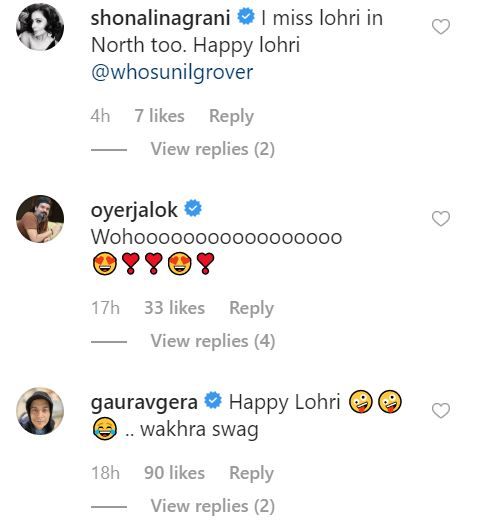 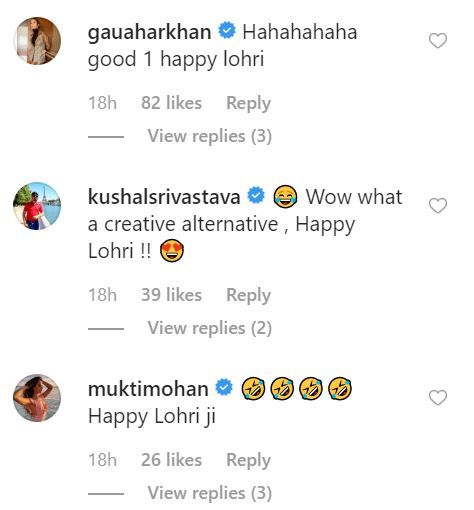