'Supermodel Of The Year' Contestants Gossip About Renee, Fans Ask, 'If This Is Biggboss?'

In a recent episode shared by 'Supermodel Of The Year' contestants, Renee Kujur’s reactions receive backlash by the contestants. Watch the video here

In a recent video shared by MTV India on its Twitter and Instagram, it was seen that Renee is upset about contestants mocking her by the name ‘Rihanna’. She is seen clarifying in a rather loud tone that she herself never told anyone to address her by the name. Renee has similar features to international singer’s face and thus a popular publication called her 'the Indian Rihanna'. However, contestants on the show think otherwise. To this Renee reacted in her own way.

Further in the video, it is seen that one of the contestant Eashita Bajwa is seen calling out on her. According to the video, Eashita is seen calling Renee as someone who 'overreacts'. Contestants are then seen telling on Eashita with Renee. The scene is unlike any normal Supermodel Of the Year episode and fans recognised that. In the comments sections, one fan is asking, ‘Ye konsa Biggboss?’, which means, ‘Which Biggboss is this?’. MTV India shared two snippets from the episode of Supermodel of the Year and both seem like scenes from the reality show Biggboss.

Here are the snippets which look like recorded in a Bigboss house according to fans:

Also Read | Supermodel Of The Year: Post Her Rejection, Renee Kujur Goes On An Explosive Rant 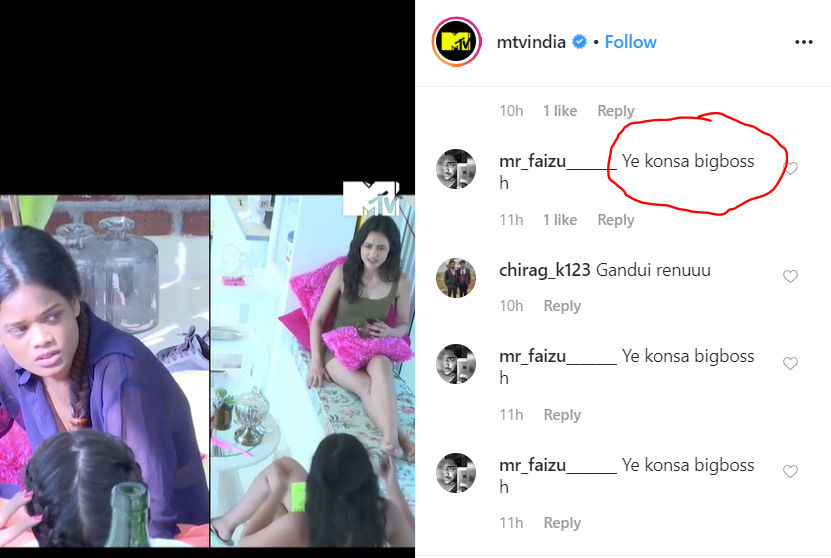