Supermodel Of The Year: Eashita Bajwa Gets Evicted, Fans Call The Show 'biased'

In the recent episode of MTV Supermodel Of The Year, Eashita Bajwa was pitched against Priya Singh in the bottom two. Fans aren't happy with Eashita's eviction.

In the video-post, the judges' panel was seen praising the contestant Manila Pradhan. Many of her fans also adored the contestant and called her the Sikkim Queen. Whereas, many other users lashed out in the comments section for Eashita Bajwa's eviction. A user wrote a comment which read, "What bulls**t bias towards Priya. Eashita’s pics were by far more stunning than Priya’s. So frustrated will all this bias that happens on all shows. First Anjali was eliminated against Priya, where Anjali’s pics were better for sure and now Eashita. Absolute injustice, hate it.", meanwhile, the other user wrote, "Eashita got eliminated...but today she dnt deserve to go home".

Check out a few fan reaction below: 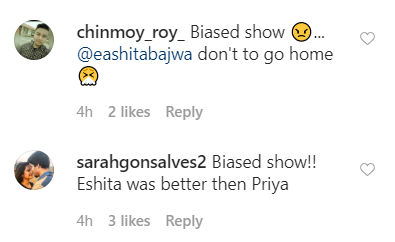 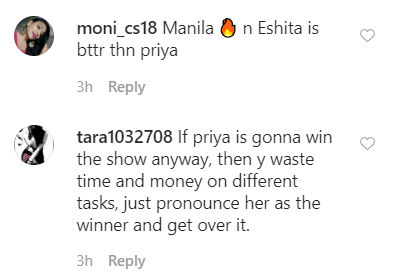 READ | Will 'Supermodel Of The Year's' Next Task Bring Contestants Out Of Their Comfort Zones? 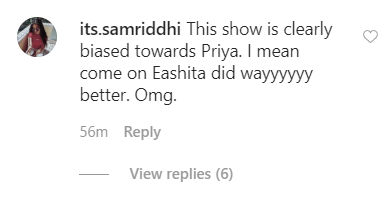 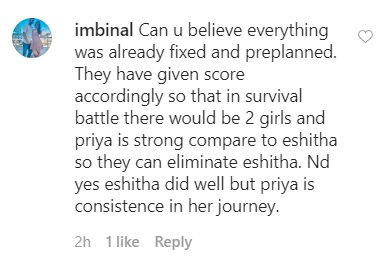 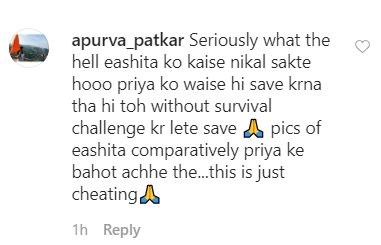 For the unversed, in the bottom two, Eashita Bajwa and Priya Singh were asked to perform a task. In the photoshoot task, they performed while parting and exercising yoga. The other contestants, Manila Pradhan, Yukti Thareja and Drisa More chose to help Esahita Bajwa over Priya Singh. Eashita Bajwa got less scores than Priya Singh and the judges evicted her from the show.

READ | Supermodel Of The Year: Malaika Arora And Masaba Gupta Lock Horns Over A Contestant