Given below is a compilation of television news related to celebs like Surbhi Chandna among other well-known small screen stars. Read on for more

The television industry entertains its viewers week after week with their plot twists and amazing storyline. If you have missed on the television news this week because of your hectic schedule or lack of time, here is a compilation of the top TV news of the week. Have a look at them.

Sanjivani star Surbhi Chandna left her fans in splits with her Instagram story on dieting. Taking to Instagram, Surbhi Chandna posted a picture of herself. The picture features Surbhi Chandna making a disgusted expression. The diva seems to be so fed up with her dieting schedule that she wrote “Why the hell do I have to diet?” alongside the picture. The Sanjivani actor looks very annoyed in the picture, have a look at it here: 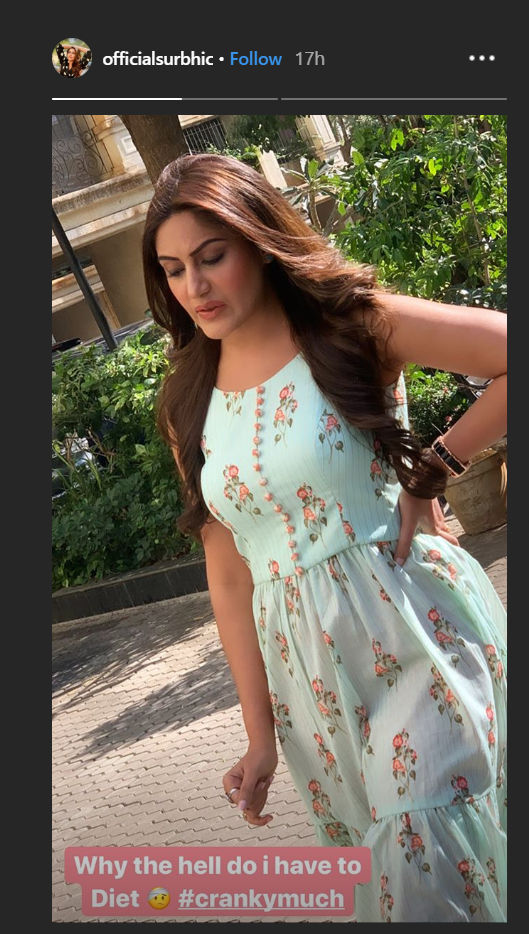 Ashnoor Kaur gets appreciated by fans

Patiala Babes fame Ashnoor Kaur received tremendous appreciation from her fans for the portrayal of Good Touch and Bad Touch plot on the show. In a recent interview with an entertainment portal, Ashnoor Kaur revealed how her character Mini is appreciated by fans. As per reports, her social media accounts are filled with messages from viewers who are praising her for the way she is dealing with this delicate issue on-screen. Ashnoor Kaur also mentioned how important it is to spread awareness about Good Touch and Bad touch among children.

ALSO READ| These Surbhi Chandna Pastel Outfits Are Ideal For Stepping Out This Summer! See Pictures

In one of the pictures shared by Ankita Lokhande from the Holi celebration, she is seen getting cozy with Vicky Jain. The duo look extremely happy while hanging out with each other. Ankita's fans took to the comments section to compliment how great the couple look with each other.

Rashami Desai to be a part of Naagin 4

Rashami Desai is all set to rock the television screens again as it has been confirmed that the diva is a part of the supernatural drama Naagin 4. A few behind the scenes videos and pictures from the sets of Naagin 4 has been doing the rounds on social media. Have a look at them here: