Urvashi Rautela recently took to her Instagram handle and posted a cute video of herself in which she depicted her reaction after she dropped her diamond.

Urvashi Rautela has been slaying in many of her stunning looks in her Instagram photos and videos and as she shared a cute video clip of her on social media, all her fans were delighted to see her adorable ‘oops’ moment when she dropped a diamond. Let’s have a look at Urvashi Rautela’s Instagram handle and see what she shared.

Urvashi Rautela took to her Instagram handle and posted this video clip in which she can be seen stunning in a blue coloured bodycon mermaid dress and getting ready for a shoot. She can also be seen dazzling in a variety of diamond accessories including a pair of earrings, bracelet as well as a mesmerizing neckpiece.

In Urvashi Rautela’s Instagram BTS video, she can be seen prepping up for a shoot and as she begins performing her first step with her one hand in the air, she drops her diamond bracelet on the floor. As she drops it, the expression on her face is the most adorable one. She can be seen getting shocked the moment her bracelet dropped on the floor while sharing a laugh with the crew members later on.

In the caption, she stated how one would react when they drop their super-expensive diamond on the floor and then added how this feeling would only be understood by girls. She then mentioned how it was the side effects of Tiktok and then added a crying emoticon next to it.

All her fans reacted to Urvashi Rautela’s BTS video clip on Instagram and stated in the comments section how pretty she looked in it. Many of her team members with whom she was shooting also commented on her post stating how much they loved working with her and how it was a super fun day for all of them.

Many of the fans of Urvashi Rautela also added several hearts along with fire symbols in their comments to state how lovable she looked in her latest Instagram video. Let’s have a look at Urvashi Rautela’s Instagram post and see how her fans reacted to her BTS video clip. 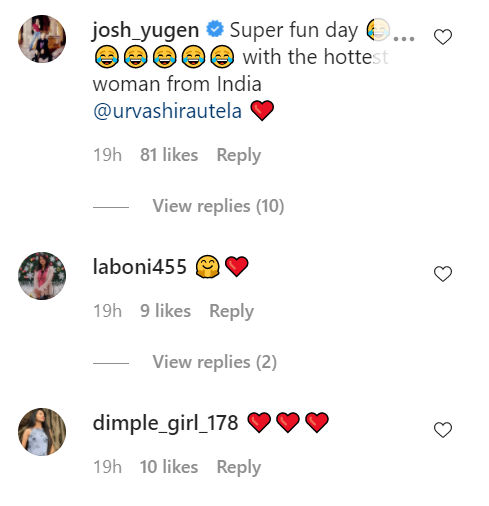 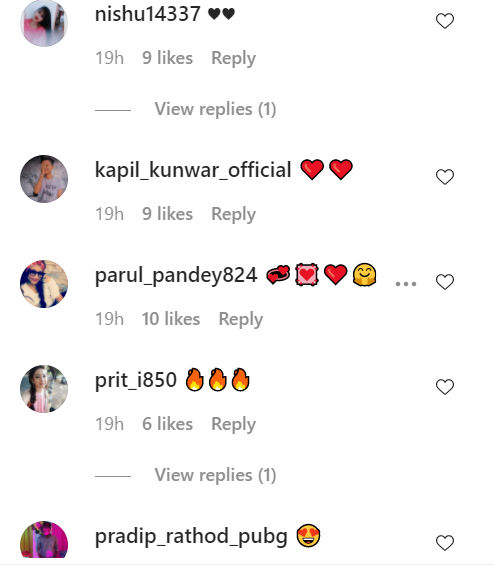 Apart from Urvashi Rautela’s photos and videos on social media, her movies and music video appearances are also a huge hit among her fans. Some of Urvashi Rautela’s movies include Great Grand Masti, Hate Story 4, Singh Saab the Great, Sanam Re, Virgin Bhanupriya, Pagalpanti, etc.