Alia Bhatt showers the cast of Netflix's brand new movie 'Guilty' with praises and even urges her fans to watch it on March 6. Read ahead to know more.

Alia Bhatt was recently spotted at an event for the screening of Guilty. The Gully Boy actor showed her support for the film by showing up with the makers of the movie. Guilty had its trailer launched on February 18 and since then fans wondered about the outcome of the film.

#Guilty We’re coming for ya! March 6th on @NetflixIndia pic.twitter.com/DkoT2SIC7r

Alia Bhatt showers the cast of Netflix's 'Guilty' with praises

The movie is said to be a Netflix exclusive and stars Kiara Advani in the lead role. The film revolves around the story of a songwriter whose boyfriend gets accused of rape. It is the first venture of Dharmatic, which is the digital arm of the esteemed Dharma Productions. The film will be online on March 6. Produced by Karan Johar and directed by Ruchi Narain, the film is a much-awaited by fans. 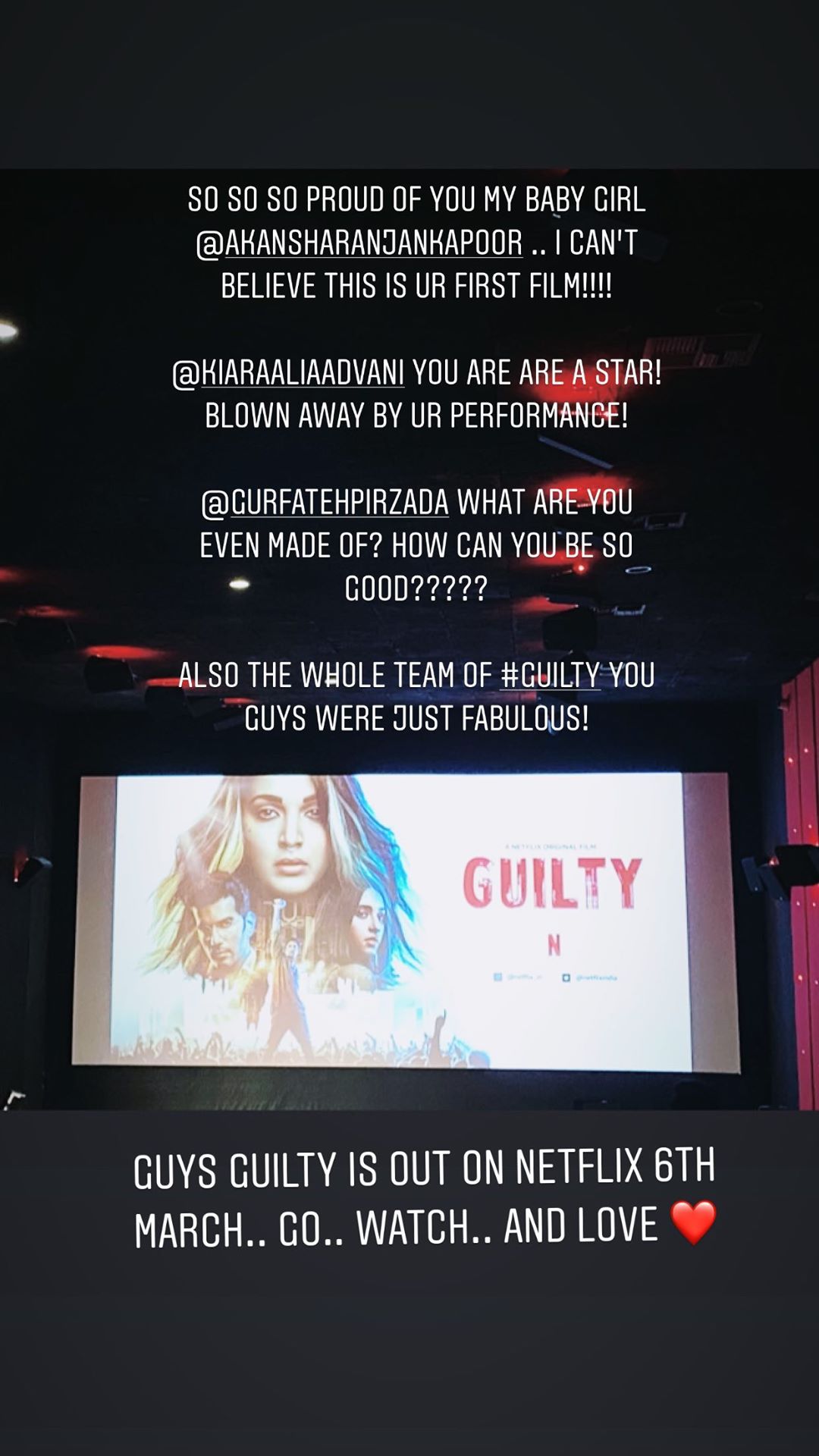 The movie stars Kiara Advani as Nanki Dutta, Akansha Ranjan as Tanu, Gurfateh Singh Pirzada as Vijay Pratap Singh, Taher Shabbir, Dalip Tahil and Gopal Dutt in pivotal roles. The Highway actor took to Instagram to appreciate the work and effort of the cast and crew involved in the film. She praised Kiara and the director of the film. She urged her followers to make sure they watch the film on March 6 and to not miss it.

Alia praised Akansha Ranjan Kapoor for this being her debut film. She mentioned her amazement saying that she cannot believe this is her first film due to her spectacular performance. The actor later went to praise Kiara for her performance calling her a star. She continued the praise for Gurfateh Singh by expressing her astonishment at his performance. She concluded her story by urging her fans to watch the film on March 6.

Also Read | Alia Bhatt's 'In My Kitchen' Series Can Be Perfect Cooking Lessons For Fans,