Attack On Titan Season 4 Episode 8 Release Date: Here Is What Fans Can Expect

Episode 7 gave fans a swoon-worthy battle between the Eldians and Marleyans. What happens in episode 8? Attack on Titan season 4 episode 8 release date and more 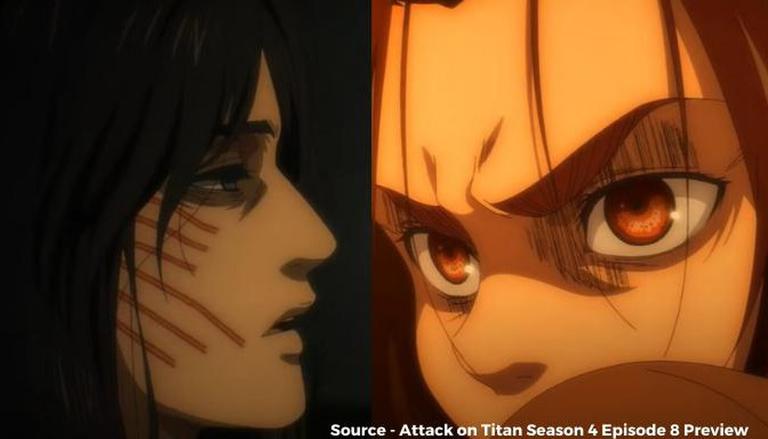 Attack on Titan is one of the most popular anime show in the world. With its final season approaching its midpoint, fans have been on a constant uproar, saddened by its quick hooray yet excited about where the plot will take them. As of now, viewers are aware that the war on Paradis has officially begun. Manga readers have predicted that the 8th episode is going to be a big one. Here's everything you need to know about Attack on Titan season 4 episode 8.

Also Read - How Many Episodes Are There In 'Noblesse'? Know All About This Exciting Anime

Episode 8 is all set to release on Sunday, January 31, 2021. Premium users of Crunchy roll and Funimation will be able to watch the show as it rolls out. The episodes will be made free for the rest of the fans after a week on February 7 or 8 on the respective platforms.

What to expect from Attack on Titan Season 4 Episode 8?

In Season 4, viewers finally learn more about the basement, Titan's history and the ongoing conflict between Paradis Island and Marley. Many fans have admitted to making season 4 their favourite after all the royal treatment they've received in terms of the action sequences they always craved for and the back-to-back revelations of Titans. From learning how to fight the Titans to now using the Titans as chess pawns against each other, the gang has come a long way and will only get better from here. Named "Assault", episode 7 homes an epic battle with Eren and Mikasa against the Jaw Titan, Jean against the Cart Titan and Levi's assault on Zeke and his Beast Titan. The episode also reveals the Titan bearer philosophy which means that a Titan is allowed to heal at a rapid speed only if that individual possesses a strong desire to survive. As a result, we see that Reiner struggles to fully heal from his wounds as we all know that he didn't want to live. Falco, who has always idolized Reiner, is heartbroken and tries his best to help Reiner out of the mess.

Neither the Eldians nor the Marleyans are hinting at peace anytime soon. The war is expected to only advance further down episode 8. Consequently, as seen in the preview, Gabi has taken it upon herself to kill Eren and is expected to enter the battle field all prepared.  History repeats itself with the endless wars but fans are hoping that Gabi and Falco, the true heroes of the show, will be able to break this generational cycle for good.

Also Read - When Does 'Redo Of Healer' Episode 2 Release? Find More Details About The Anime