With the series having streamed on Netflix on the occasion of International Women's Day, here is Bombay Begums review by netizens on social media

The release of Bombay Begums has been anticipated by netizens since quite a while. The plot of the show revolves around a group of working women who face their own set of struggles in their personal lives. The web series has finally released on Netflix on March 8. The netizens have been sending their reactions and reviews on this series on social media already, which shows the anticipation that viewers have had for it. Following are some of these reactions from the viewers, along with other interesting details about this web series.

Some of the viewers had been earlier wondering the reason why this series had been given March 8 as the release date, which happens to be a Monday. The clear answer of this question is that this day happens to be the International Women’s Day. Many of them have already started sending their reactions on social media, sharing their own reviews for this show. Bombay Begums review seems to have received a positive start, as many of these reactions praise the series and its plot. They seemed pleased with the fact that it has been released on a symbolic day for women.

Many netizens sent wishes to Pooja Bhatt, who has made her comeback in this series as the lead. They praised this series by saying that it is an apt description of the modern Indian women and the struggles that they face on a daily basis. Many even praised the performances of other major actors from the cast. As the series has streamed on Netflix only a short while back, more reviews from netizens continue to add in. 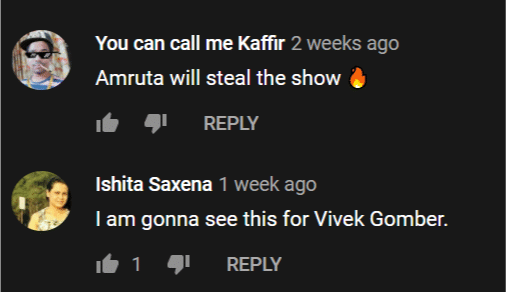 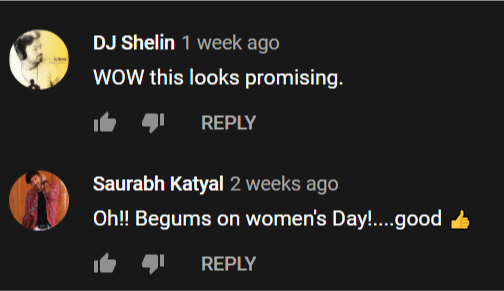 The drama series has been written and directed by Alankrita Shrivastava. The series also stars other actors such as Shahana Goswami, Amruta Subhash, Plabita Borthakur, Rahul Bose and others. The web series has a total of six episodes, with each of them having its own theme. Pooja Bhatt is seen playing a brief role after many years. She was also seen in Sadak 2, which starred ace actors such as Alia Bhatt, Sanjay Dutt and others. Some of Pooja’s popular films include Junoon, Sadak, Sanam Teri Kasam, Border and more.