Popular Korean show, 'Crash landing On You' has already gained the love of fans. However, there are several smaller details that you might have missed. Read on. 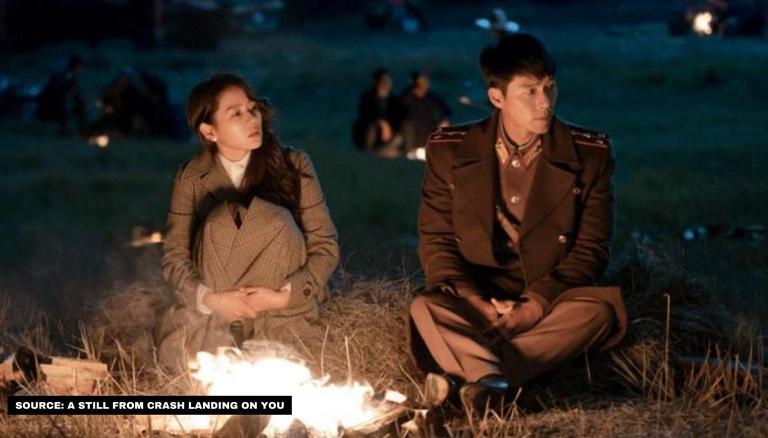 Korean drama series, Crash Landing On You has already won over the hearts of fans from all over the world. The series has raised the bar for several other shows and is the perfect amalgamation of laughter, tears, and adventure. However, if you were way ahead of the world and have already completed binging the show, take a look at these details that you might have missed out on.

Crash Landing On You details you might have missed

Hyun Bin’s character Captain Ri Jeong Hyeok is seen getting addicted to a computer game in the show. If you put your ears to work, then you can notice Recuerdos de la Alhambra playing in the background. The song was a part of Hyun Bin’s 2018 show Memories of the Alhambra’s soundtrack. Another reference is when Hyun Bin aka Captain Ri Jeong Hyeok is seen waiting outside a railway station for his game competitor to meet in real life and fight him after their feud. But the competitor does not arrive. Even in Memories of the Alhambra Hyun Bin’s character is stood up at the railway station.

ALSO READ | Is There A Crash Landing On You Season 2? New Cast And Story Line Details Here

One more treat to the eyes is the scenic views during the scene where Captain Ri plays his piano. Fans are treated to picturesque places, like Lake Brienz in Switzerland. Captain Ri is seen playing his piano for one last time before he goes back to the North. While he plays the piano, one cannot ignore the lakes and mountains seen in the background.

Crash Landing on You has become one of the highest-rated tvN drama to date. The show was aired on tvN in South Korea and on Netflix from December 2019 to February 2020. The show traces the story of a South Korean heiress who is paragliding in South Korea but gets caught in a storm. She then lands up in the North Korean part of DMZ. Directed by Lee Jeong-Hyo, Crash Landing On You stars Hyun Bin, Son Ye-jin, Kim Jung-Hyun, and Seo Ji-Hye in major roles.