Dev DD season 2 is all set to take the OTT platform by storm as makers warn fans for a terrific season ahead of the series release in February. Read to know.

Dev DD season 2 is all set to come back on Zee5 and ALTBalaji this month. The makers have dropped the trailer for the second season which looks quite intriguing. The signature Balaji style of storytelling with a gripping story can be witnessed by the first look of the trailer. The series trailer begins on a high note and eventually explains different sections of drama as it plays along. The character Devika returns with her pompous lifestyle only to be at loggerheads with certain decisions she has to choose between.

Also Read | What Time Does 'Paurashpur' Release On ZEE5? See Details About The Period Drama Here

The trailer released by Ekta Kapoor showcased a whole different side of Devika for Dev DD season 2. The maker warned fans that the series will be all sorts of badass and will show different shades of "savage" from the prime character. The makers thus warned fans jovially that the series will explore the badass meter with the straightforward and fearless nature of Devika Dwivedi. Dev DD season 2 release date has been scheduled for 20 February this year and fans seemed extremely excited for the return of their beloved characters. 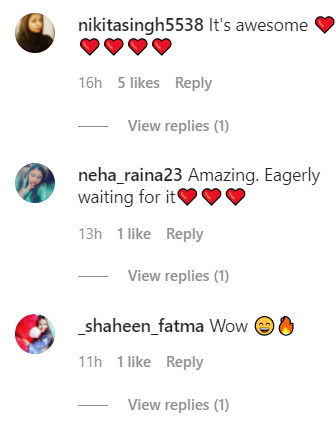 Also Read | 'Jeet Ki Zid' Cast: A List Of Actors And The Characters That They Play In The Zee5 Series

The trailer also sheds light on LGBTQ+ relationships and has a whole segment dedicated to their representation within the trailer. Devika as the protagonist also dives into the LGBTQ+ section of the trailer. This left the viewers intrigued as to what one can expect from season 2 of the series. A whole bunch of drama has unfolded after the trailer drop of Dev DD season 2. The previous season of the show was full of raw humour and fearless narrative. The second season of the show also hopes to amplify what they created in the first season. After the success of season 1, the makers have tried to explore more avenues of the story and have tried to create a broader character arc for Devika in the series. Dev DD season 2 plot cannot easily be predicted due to various events that were seen in the trailer. However, the makers in her caption have promised double the crazy for the new season. Thus fans eagerly wait as Dev DD season 2 makes it's way exclusively to Zee5 Premium and ALTBalaji.