'Friends' Reunion Trailer: Fan-made Videos That Left Viewers Thinking Of Them To Be Real

Several YouTube channels have gone on creating their own 'Friends' reunion trailer and have been sharing it on their social media. Watch here

And now after so many years, the makers and cast have agreed on a reunion, fans can’t wait for it to release. Several YouTube channels have gone on creating their own reunion trailers and have been sharing it. Among the many, a YouTube channel named Smasher cut together clips from the casts’ recent projects and have made a trailer. Here’s taking a look at a few Friends reunion trailer created by fans.

Smasher's faux trailer imagines a world in which the core "Friends" group has been falling apart in the years after the final season in 2004, with Monica-Chandler breaking up and Ross-Rachel seemingly going on another, longer break. Of course, since none of the actors directly repeated their roles for this trailer, Smasher had combined together scenes from the post-Friends projects of the actors, including Cougar Town and Episodes. The trailer was so well pu together that fans actually thought there was a movie coming up and when they got to know the truth, they were upset about the same. Watch the trailer here.

Also read | Unseen Pic Of The Day: Here's How The 'Friends' Cast Looked In Their Childhood

Seeing this video, fans could not stop gushing over how bad they want a Friends reunion to happen. The video also garnered over 18 lakh views with 250k likes. Some of the users went on to express how much they love the show, while some revealed how bad they want the reunion to happen. One of the users wrote, “ITS ANOTHER DECADE WE NEED A MOVIE AHHHHHH” while another one wrote, “I swear to g*d This is gonna be my fav movie ever if this comes out” Take a look at a few more comments below. 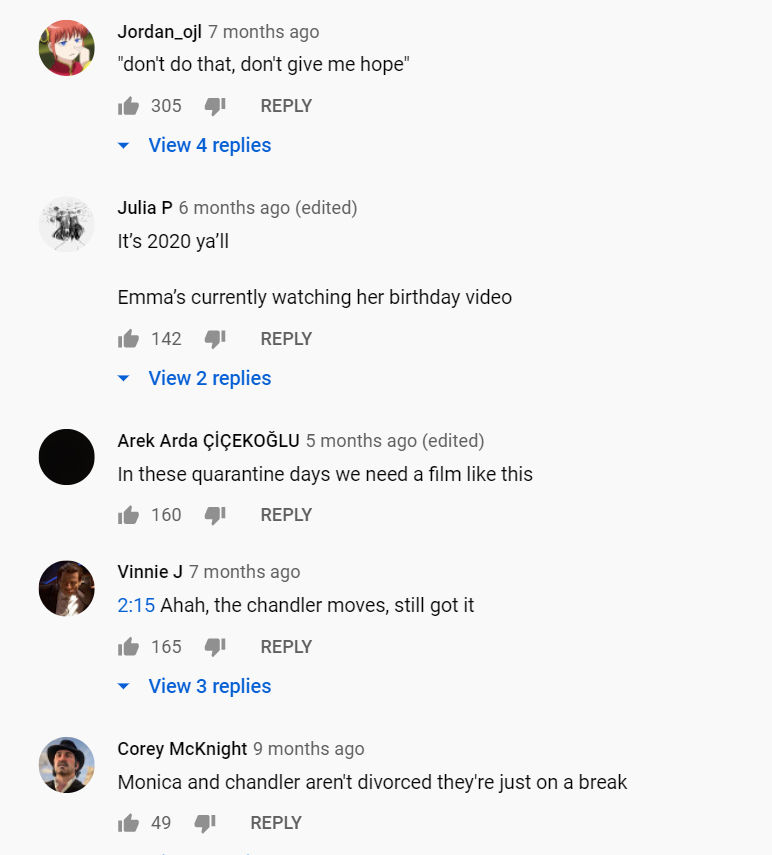 Post this video, several other fan-pages went on to create their own trailer and left even more users stumped. Fans have also been rooting for a reunion to release soon. Watch some more trailers below.

Also read | Matthew Perry's Net Worth Might Be The Highest Among His 'Friends' Cast Members; Read