'Full House' Cast Comes Out With Parody Of Their Title Credits, Calls It 'Full Quarantine'

Full House cast released a parody video on the title track of the show and called it 'Full Quarantine' to show life during the lockdown. Check out the video.

Popular America sitcom Full House that had a long run on television recently returned to Netflix with a new version titled Fuller House. While Fuller House marked the return of some members from Full House, it also featured some new faces. Fuller House had a successful run in five-season before it concluded in 2019. As the Full House cast members like most celebrities all around the world are in lockdown, the cast members have come up with a parody of the title track of the show.

In the video, the Full House cast members are seen doing all those things that people usually do during the quarantine. It also gives the fans of the show an insight into the lives of the cast members of the show. Moreover, the Full House cast members also brought the creator of Full house, Jeff Franklin on board as well. While posting the video on Instagram, John Stamos captioned the post saying, ‘#fullquarantine Stayhome/Staysafe/Stamos Unlike #FullHouse, this will all go away. #fullhousechallenge #wewin.’ (sic) 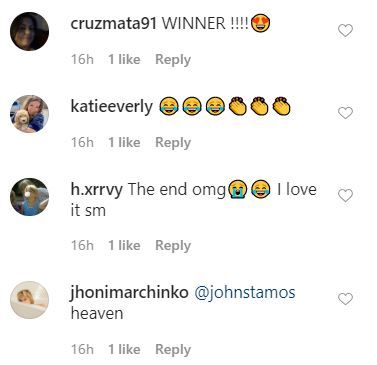 ALSO READ: 'Modern Family' Finale: Will Fans Get A Mitch And Cam Spinoff?

PEOPLE HAVE PLEDGED SO FAR
LATEST NEWS
View all
17 hours ago
Homecoming season 2 ending explained | how does walter gets his final revenge?
1 day ago
Tom holland as hawkeye in 'what if'?: fans debate after spiderman is spotted with a quiver
17 hours ago
'dark' cast's whopping net worth will make you pack your bags for winden & time-travel
1 day ago
Was netflix's sci-fi thriller 'dark' season 3's release date disclosed in season 2?
1 day ago
'sacred games' actor ramchandra dhumal who played nawazuddin's father breathes his last