Is Abigail Still On 'The Bachelor'? Find Out About The Contestant Who Won The First Rose

Matt James' 'The Bachelor' season is in full swing as the recent episode 3 stirred up some drama between the women. Find out is Abigail still on the show?

Matt James season of The Bachelor is in full swing. Episode 3 of the season recently aired on ABC and it was packed with drama and complications. Fans saw that Sarah Trott who appeared to be a front runner after the previous episode, decided to leave the show mid-season despite getting a rose from Matt. There were also some altercation that went down between Sarah and the other woman. However, the episode featured very little of Abigail. Hence, this left some fans wondering, “Is Abigail still on The Bachelor?”

Read | 'The Bachelor' Spoilers: What does Victoria do for a living? Learn more about her

Is Abigail still on The Bachelor?

Yes, Abigail is still around on The Bachelor. The 25 year old financial manager from Oregon received Matt’s first impression rose and also won some private time with Matt on day one itself. However, as drama and toxicity increased in episode 2 and 3, Abigail managed to stay clear of the mounting unrest. This could have been the reason why she got such less screen time on the Monday Night episode. Although she received the first impression rose from Matt, she has been unable to score a one on one date with him yet. 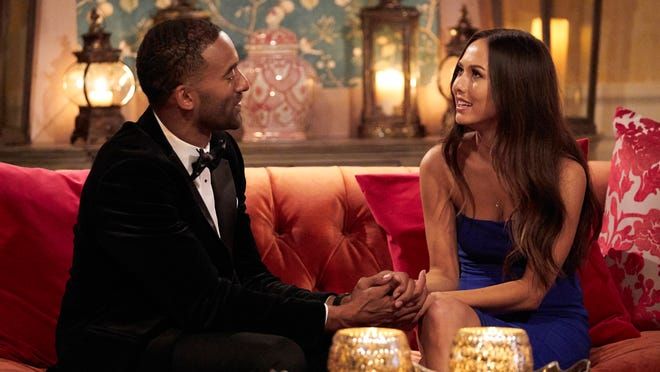 Even as Episode 2, progressed Abigail had to wait for the pre-rose ceremony cocktail party to have a chance to reconnect with Matt. After the duo reconnected Matt went to on to say on camera, “Abigail is one the sweetest people I've ever met. I don't have to try hard to have a good time around her. The conversation just flows, and she makes me laugh."

However, if Abigail is not able to get more screentime, it will be difficult for her to sustain her position in the show. According to the latest preview for the next episode, many wild card entries are scheduled to arrive on the show's ucpcoming episodes.

Read | Heather Martin from 'The Bachelor': All you need to know about her

Abigail is one of the most unique contestants on the show this season as she is the deaf girl on The Bachelor. According to a report in The Statesman, she made headlines before the show started as many fans had called out the franchise for lacking diversity on the show. A tweet from Bachelor Diversity campaign group commended the franchise for having Abigail Heringer on the show.

Diversity isn’t exclusive to race. Love seeing @AbigailHeringer onscreen & we look forward to seeing more of her story. ðŸ¤ŸðŸ½ This BDC member is hard of hearing, reads lips & uses assistive listening devices. Having someone on #TheBachelor like me is special.#RepresentationMatters

According to her ABC Bio, Abigail is a Client Financial Manager and is the first hearing impaired person on the show. However, having a hearing impairment never stopped Abigail from living her life to the fullest. She loves being outdoors, and when she's not working, and also loves to spend time with family whom she says bring out the best side of her.