IU and Yeo Jin Goo starrer Hotel Del Luna is all set to get a musical makeover next year. The rom-com revolves around a hotel for ghosts. Check out the details. 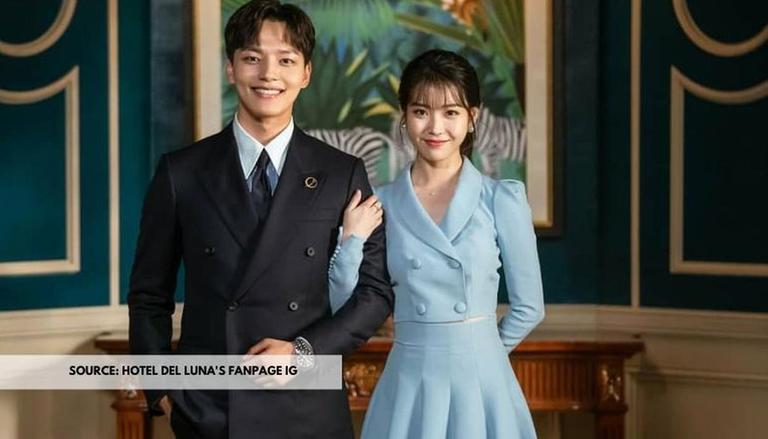 Hotel Del Luna is all set to get a stage makeover. The rom-com starring IU, Yeo Jin Goo, Block B’s P.O, Gugudan's Mina, Shin Jung Geun, Bae Hae Sun, Lee Do Hyun and many more was released in 2019. The show is all to set to get a musical makeover next year. Read further to know more details about the musical.

Hotel Del Luna to get a musical makeover

The rom-com revolves around a hotel that caters to ghost and Yeo Jin Goo plays the role of the hotel manager. The show is produced by GT:st, written by the Hong sisters and directed by Oh Choong-Hwan. According to Sports DongA, Showplay, which works on the production of musicals, theatres and Television shows is the in charge of the makeover.

The publication added that Showplay will add a 'tad more imagination to the OG story.' It also revealed that Kang Mal Wol (played by IU) and Goo Chan Sung (played by Yeo Jin Goo) will be the limelight.

Also Read: Is 'It's A Sin' A True Story? Details on the new Channel 4 drama

As translated by Koreaboo, the company said that they will bring in a new and fresh take to the original story. They want to provide the audience with a different take by adding creativity to the story. The musical will release in 2022 but the publication hasn't released the actors who will be portraying the characters.

The show first aired on tvN from July 13 to September 1, 2019. It became fan-favourite and was the most viewed tvN drama of 2019. Hotel Del Luna cast consist of lead actors like Lee Ji-Eun as Jang Man-Wol and Yeo Jin-goo as Gu Chan-sung. Apart from them, the supporting cast includes Jung Dong-hwan as No Joon-suk, Shin Jung-Geun as Kim Seon-bi, Bae Hae-sun as Choi Seo-hee and many more.

The show gained attention in June 2020, when Studio Dance announced the Hollywood remake of the Kdrama with Skydance, production media. The in-charge of developing and producing the show is given to Alison Schapker who will be working with Miky Lee, Jinnie Choi and Hyun Park of Studio Dragon, and David Ellison, Dana Goldberg and Bill Bost of Skydance Television.

Also Read: 'Hell Or High Water' filming location: Check out where this 2016 action drama was shot

On the other hand, IU's dramas include Dream High, You are the Best, My Mister, Persona and many more. The actor is also a singer who has released several singles and albums. Her first single was 'Lost Child' in the year 2008. Yeo Jin Goo's dramas include Tazza, Gourmet, I want to love, Missing You, The Royal Gambler and many more. The actor started his career as a child artist and debuted from the film Sad Movie (2005).

Also Read: 'Ships in the Night' cast: Details about the actors of Hallmark's crime drama