'Kaagaz' Cast List: Pankaj Tripathi And Others In Pivotal Roles

'Kaagaz', a biographical film on farmer Lal Bihari, is the latest venture of Pankaj Tripathi. Get to know the stellar 'Kaagaz' cast. Read on 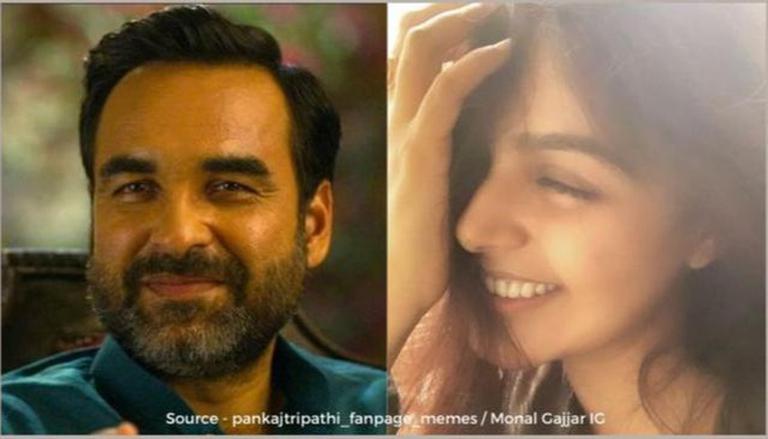 A new film that is creating quite a stir is Pankaj Tripathi’s Kaagaz. A biographical film of Lal Bihari Mritak, the story unveils with the farmer looking for a loan from the bank for which he must submit some kind of 'sarkari kaagaz'. The drama takes off with him realizing he’s declared dead by his own family and now must invent ways to prove that he’s alive. Read on to know more about Kaagaz cast:

One of the actors who has struggled his way through getting where he is today is Pankaj Tripathi. Though his official debut was in the year 2003 with Chigurida Kanasu (a Kannada film), he gained fame with his 2012 Bollywood film Gangs of Wasseypur. Ever since, he was cast in several hit films like Fukrey, Masaan, Bareily ki Barfi, Newton among many others. Today, he is wowing his audience with his consistent performance in Mirzapur and of course, his splendid accomplishment as the lead in Kaagaz.

Monal Gajjar, born and brought up in Ahmedabad, Gujarat, made her debut down South with the hit film Sudigadu, for which she received nominations for SIIMA award. Sigaram Thodu and Vanavarayan Vallavarayan are two of the many films for which she received ample praises for her performance. In September 2020, Gajjar decided to be a part of Big Boss Telugu 4. Kaagaz is her second Hindi venture, the first being Mai, where she made a special appearance.

Satish Kaushik is a film director, producer and actor known for his works in Hindi cinema. He started his career as an assistant director and actor in Masoom and proved his talent with his first directorial film, Roop ki Rani Choron ka Raja. He is still remembered and praised for his roles in Mr India, Deewana Mastana, Ram Lakhan and Sajan Chale Sasural. Kaushik has himself directed and produced Kaagaz while also playing an impactful role of Advocate Sadhuram in the movie.

Mita Vashisht is known for her work on both stage and screens. From her alluring appearances in television serials like Space City Sigma, Kahani Ghar Ghar Ki, Kaala Teeka to her laudable performances in Taal, Dil Se and Kuch Khatti Kuch Meethi. She has aced in the theatre world as an actor, writer and director. Her solo play, Lal Ded has earned her recognition all over India.

Brijendra Kala is another revelation in the industry, often praised for his subtle performances in a wide range of roles essayed by him. Starting his career as a screenwriter and a theatre artist, Kala has graced the entertainment Industry for over 17 years. His acting debut was in the movie Haasil, where he played a minor role of a newspaper vendor. Ever since then, he has featured in many other films as a notable cameo and a “scene-stealer” such as Ankhon Dekhi, Jolly LLB, PK, Rustom, Gulabo Sitabo among others.

Amar Upadhyay is best known for his appearances in television serials like Kyunki Saas Bhi Kabhi Bahu Thi, Mehndi Tere Naam Ki and Saath Nibhana Saathiya. Ever since his role as Mihir Virani in Kyunki Saas Bhi Kabhi Bahu Thi, he has been honoured as a television superstar. Apart from joining the Kaagaz cast, he is also currently seen in the ongoing Colors Tv serial, Molkki.