Neha Sharma Shows Fans What It Is Like To Be A Dog Mom; See Pics Here

Neha Sharma took to her Instagram story to post a picture with her pet dog while she was prepping up for her shoot for 'Illegal'. Read more.

Similarly, actor Neha Sharma recently shared a series of BTS pictures from her recent series Illegal - Justice, Out of Order on her Instagram account.

Also Read: From Neha Sharma To Piyush Mishra, Know The Whopping Net Worth Of Cast Of 'Illegal'

On May 13, Neha Sharma took to her Instagram story to share a series of BTS pictures from the sets of the show Illegal - Justice, Out of Order.

In one of the pictures, Neha Sharma is prepping up for her scene while she is accompanied by her adorable dog. Neha Sharma in the caption of the picture wrote: "Life of a dog mom.. before I go on set... #bts #illegal". With this picture, Neha Sharma showed her fans what it is like to be a dog mom. In the second picture, her dog is adorably sitting in her lap while the Kyaa Super Kool Hain Hum actor is preparing for her next scene.

Here is a look at the pictures that Neha Sharma shared 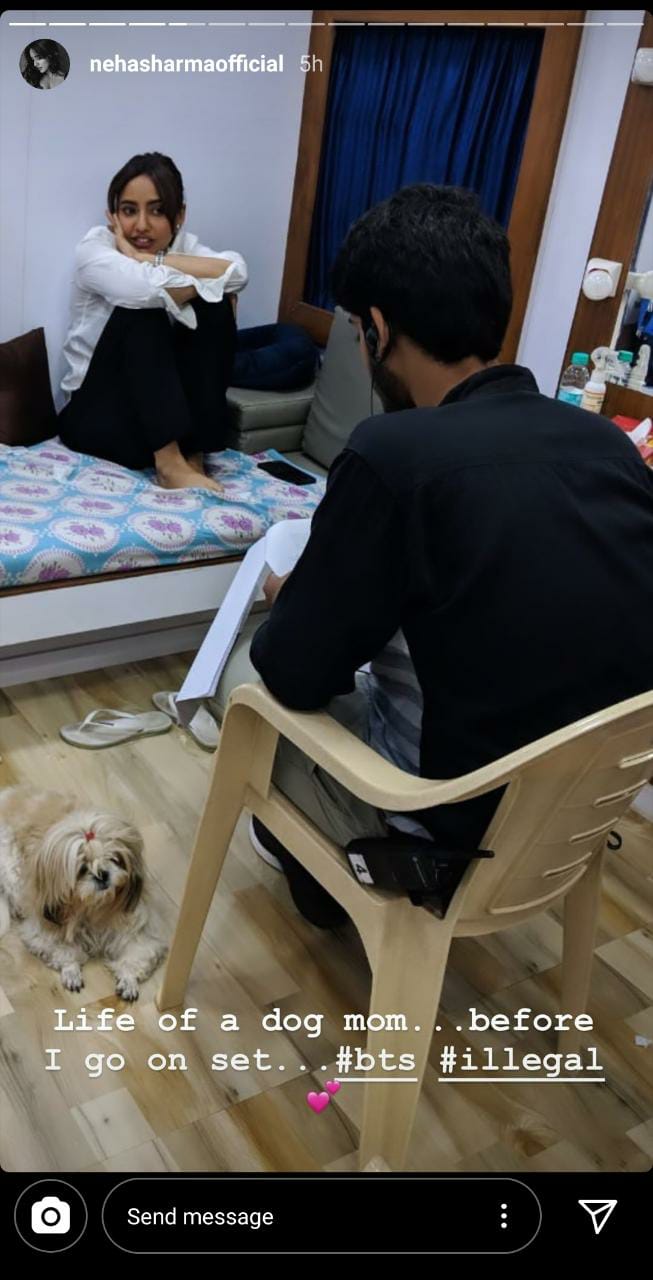 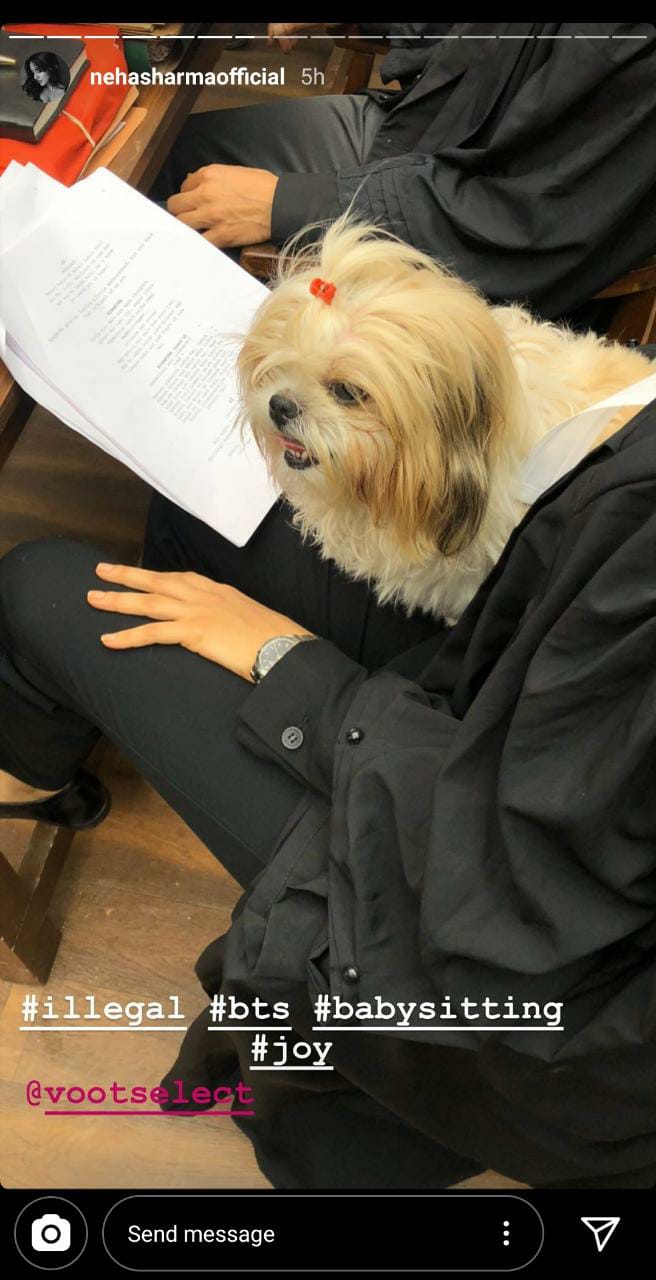 Recently, Neha Sharma posted a picture of herself exploring Instagram filters. Neha Sharma in the video is saying that while everyone is at home and loves wearing pyjamas but she misses getting dressed. The actor captioned the video saying "Happy Sunday!! âœ¨Wearing pants to the couch..#letsdosomethingfun #sundayfunday".

On the work front, Neha Sharma's series Illegal - Justice, Out of Order is currently streaming on Voot.  The audience and the critics highly appreciated Neha Sharma's performance in the series. Watch the trailer below.

And it’s finally here..Streaming from 12th May: #IllegalOnVoot ,the show about Niharika Singh, who just wanted to be the keeper of justice in a world where justice is out of order. Watch the trailer now and tell me what you think! @VootSelect pic.twitter.com/VWpLr1ouvG

PEOPLE HAVE PLEDGED SO FAR
LATEST NEWS
View all
15 hours ago
'Labor of Love' filming locations: Here are places where dating game show is shot
13 hours ago
Mona Singh dismisses rumours about her fallout with producer Ekta Kapoor; Read more
13 hours ago
Sushmita Sen says that she did not respond on sets if people didn’t call her ‘Aarya’
14 hours ago
'Chintu Ka Birthday' cast: Is the Vinay Pathak film worth watching? Read here
16 hours ago
Sushmita Sen starrer 'Aarya' trailer lauded by fans as they say, 'eagerly waiting for it'