As Netflix released the first look poster of its upcoming film,'Choked', a fan shared her hilarious dilemma about overload of content on OTT platforms

Amid the lockdown, more and more people are consuming content online. The user engagement with digital media providers has sprung by a great number. This gave way to the OTT platforms to produce fresh content to keep their users engaged and entertained.

As soon as the first look of the film was released, fans seemed intrigued by it and flooded the post asking more details. However, there is one fan who seems to be burdened by the avalanche of OTT shows. The fan seemed overwhelmed at the speed with which the OTT platforms are producing content and shared her dilemma in a hilarious comment.

She said, "Abey Kitna Kuch dekh lein??? Bas bhi karo yaar... Aankhein andhiyaa jayengi humari bata rahe hain hum! (sic)" Which translates to, 'How much new content are we supposed to consume? Stop it now. I am telling you, our eyes will strain and go blind.' 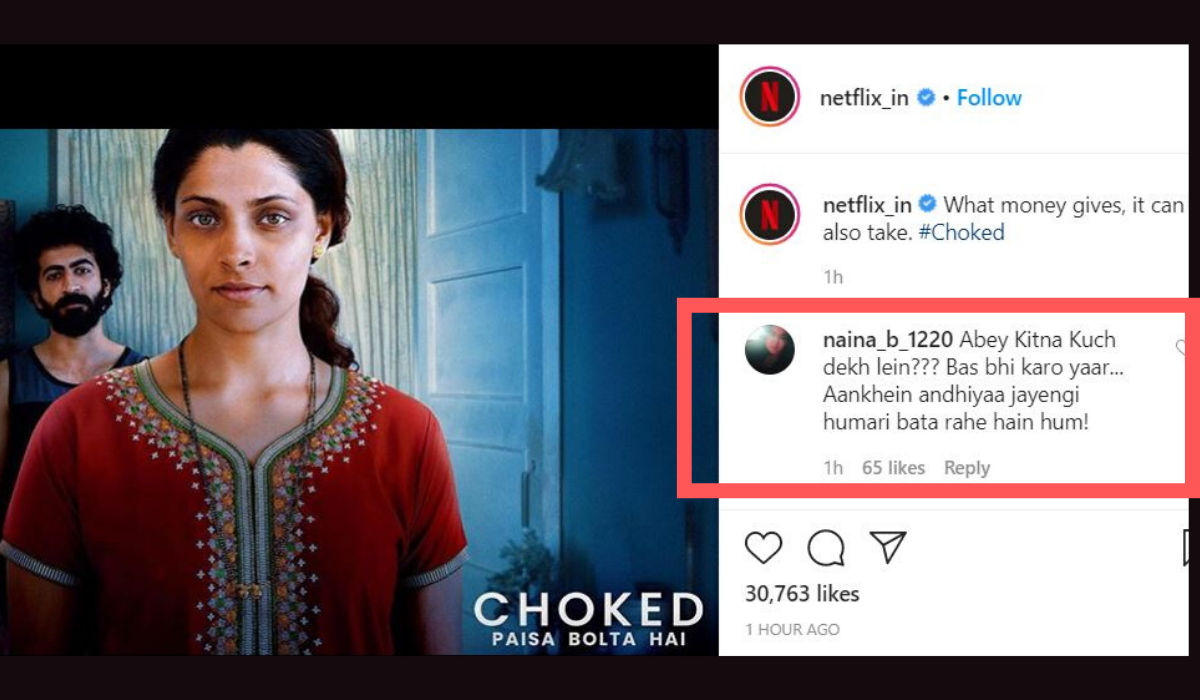 The hilarious fan comment started receiving reactions from other users in no time. Seeing which, Netflix had an equally witty and funny response. The channel's Instagram handle replied to the fan comment. Netflix commented in response, "Are feeling Choked (ðŸ˜) by your watchlist already? But there’s soooo much more coming! ðŸ¥º (sic)." Check out the comment below. 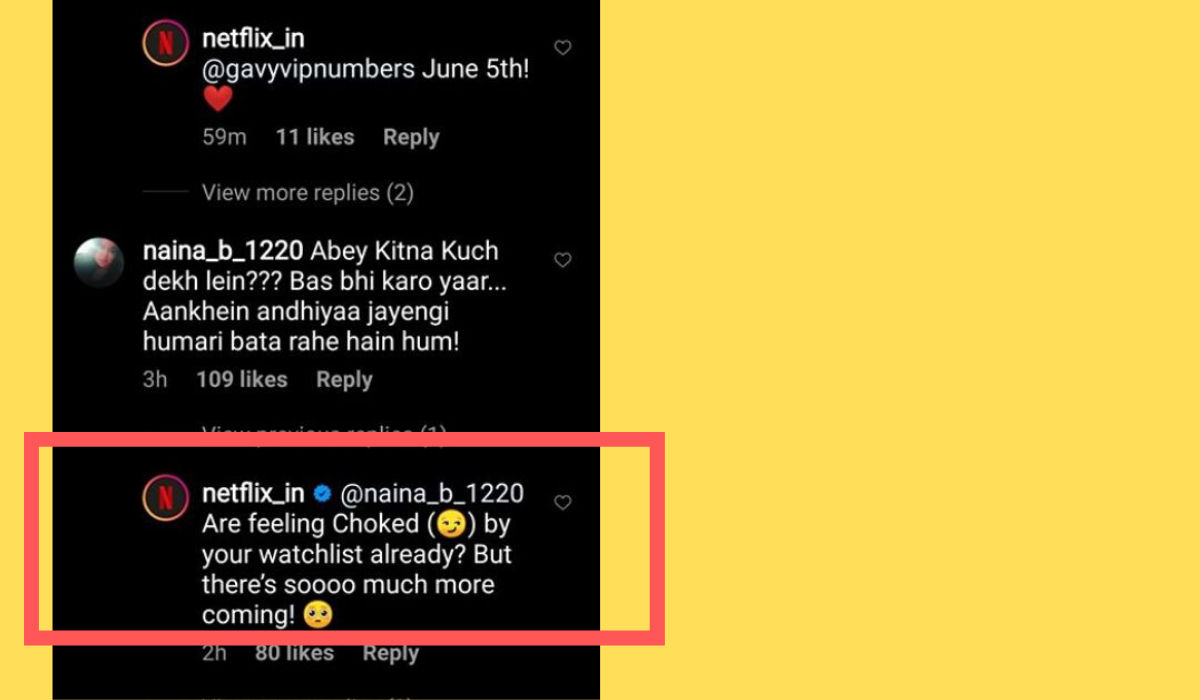 Read Also | Salman Khan, Gul Panag And Other Actors Who Have Their Own NGOs

Choked is a film that will premiere on Netflix on June 5. It is about a bank employee who has to face difficulties due to her jobless husband. Moreso's  life is weighed down and her dreams shattered because of the debts taken by her husband. However, she finds a secret source of seemingly unlimited cash in her home.

The list of upcoming shows on Netflix is a long one. Apart from Choked, the platform would be streaming Space Force, Married to Medicine and many more.

PEOPLE HAVE PLEDGED SO FAR
LATEST NEWS
View all
1 day ago
Where was 'Space Force' filmed? Check the shooting location of Steve Carell's new series
13 hours ago
Ramy Youssef says Lindsay Lohan was cast in 'Ramy' S2 but she ghosted him
11 hours ago
Here is the net worth of the major actors of 'Space Force'; Check details here
14 hours ago
Space Force's 'India was just smarter' moment is reason enough to watch Netflix's new show
10 hours ago
Perry Mason trailer: Matthew Rhys' series depicts the dark, gruesome streets of LA