Nick Jonas in the recent Happy hour session of 'The Voice' spoke about his crazy passion for Latte Art. Watch the video here.

Since everyone is trying their best to keep themselves occupied and entertained while social distancing at home. Recently, during the happy hour session of The Voice, the coaches Blake Shelton, Kelly Clarkson and John Legend discussed their new found hobbies during the Coronavirus quarantine. But on the other hand, it was coach Nick Jonas who spoke about his new art.

Nick Jonas took to his social media account to give his fans a glimpse of his newfound hobby. In the video, the Find You singer revealed that he has been getting into latte art. Nick Jonas explained this while sipping some latte. The singer further explained that he has been starting with simple things like leaves. Nick Jonas further mentioned that he was working towards a self-portrait and he believes there is definitely some room for improvement. Nick Jonas jokes while the camera pans over a smiley face visible in the cup. Nick Jonas went on the say that the nice thing about latte art is that he loves coffee.

Here is a look at the video from Nick Jonas' Instagram

Nick Jonas in the caption of the video wrote "Found a new passion for Latte art recently. Not everyone is as excited about it as I am, but that's okay because there's a brand new episode of @nbcthevoice tonight!! #TeamNick #TeamLatteArt #TheVoice". Several fans commented on this video. One of the fans even asked Nick Jonas to open a Jonas cafe. Here is a look at some of the comments on Nick Jonas' video. 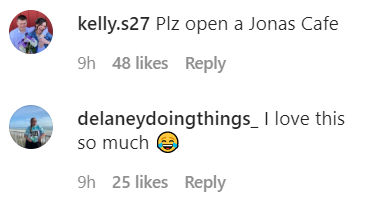 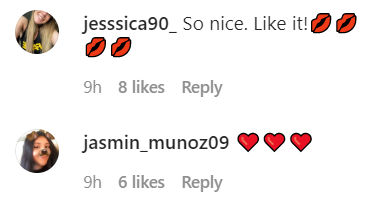 Recently, on the occasion of Mothers' day, Nick Jonas posted two pictures from his wedding. The pictures feature his mother Denise Jonas and Priyanka Chopra's mother Madhu Chopra. Check out the picture here.

PEOPLE HAVE PLEDGED SO FAR
LATEST NEWS
View all
5 hours ago
With Kareena Kapoor as DJ Tanner-Fuller, here's a look at 'Fuller House' cast in Bollywood
6 hours ago
56th Baeksang Awards: Where and when to watch as Itaewon Class & Crash Landing win awards
7 hours ago
Sushmita Sen starrer 'Aarya' trailer lauded by fans as they say, 'eagerly waiting for it'
5 hours ago
'Betaal' star Aahana Kumra reveals she spent her childhood at police stations; here's why
4 hours ago
'Chintu Ka Birthday' cast: Is the Vinay Pathak film worth watching? Read here