Parineeti Chopra's film 'The Girl On The Train' is all set to release this month. The actor shared the song 'Matlabi Yariyan' and here's how her fans reacted.

Parineeti Chopra's movies like Ishqzaade, Hasee Toh Phasee and more have entertained her fans over the years. The actor will soon be seen in a Netflix original film The Girl on The Train. The Girl on the Train's release date is scheduled on February 26 and is one of the most anticipated films. Her new song Matlabi Yariyan was recently released and she shared the news on her social media. Here's how her fans reacted to Matlabi Yariyan's music video.

Parineeti shared two versions of the song Matlabi Yariyan on her social media. She first shared an unplugged version of the song sung by herself shared by a fan on the page. She later shared the music video that was dropped by the makers. The original song is sung by Neha Kakkar and is a part of her Netflix film. Fans reacted in huge numbers to Parineeti's announcement. A fan wrote that video is amazing. Several fans are eager to see the unplugged video of Parineeti's version. They have been constantly bombarding the comments section saying that her version is beautiful too.

Your version is too good, we want a video of your version as well ðŸ˜­â¤â¤

Also read | 'The Girl On The Train': Parineeti Chopra Talks About Her New Song 'Matlabi Yariyan'

Several fans commented on the Youtube video as well. A fan wrote that Neha Kakkar's reputation has been unfairly spoilt and that she is a great vocalist. Another fan wrote that the song touched his heart. Fans have also complimented Parineeti Chopra for her acting in the song and are eagerly waiting for the film. A fan mentioned that Parineeti deserves more intense films than rom-coms as these films suit her. Take a look at the response she got on her song. 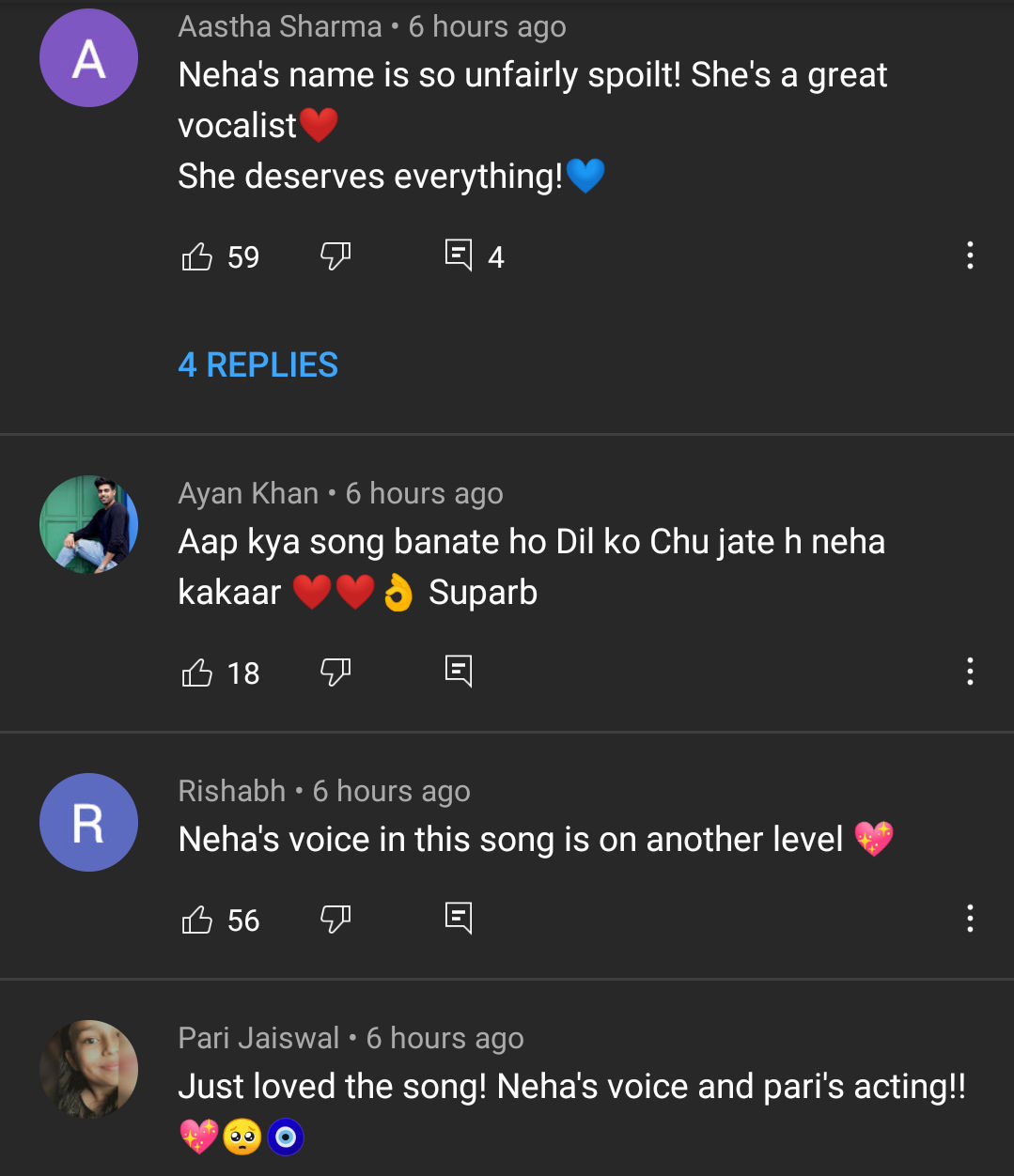 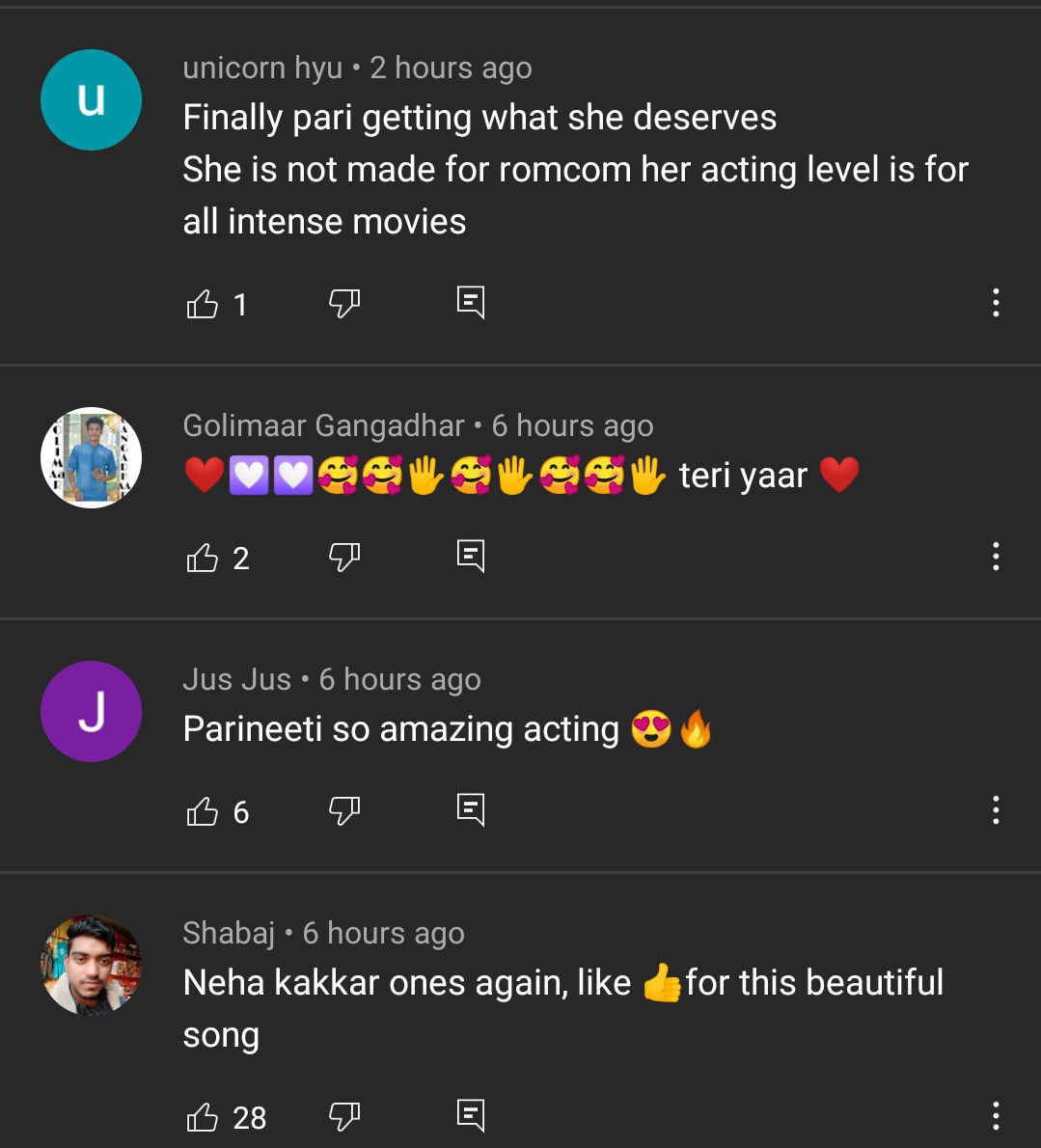 More about the Girl on the Train

The mystery thriller film is based on British author Paula Hawkins' 2015 novel of the same name. The film is directed by  Ribhu Dasgupta and features  Aditi Rao Hydari, Kirti Kulhari and Sammy Jonas Heany. Parineeti will be seen playing the role of Meera Kapoor, a widow who gets caught up in a murder investigation. Take a look at the song Matlabi Yariyan from The Girl on the Train here.