Radhika Madan is very creative when it comes to sharing pictures and writing filmy captions. The actor took a cue from Armaan Kohli's Jaani Dushman in a pic.

Bollywood actor Radhika Madan is often seen engaging with her fans on social media. She also shared pictures with quirky captions which the fans find hilarious. She shared a picture of hers comparing herself to Jaani Dushman's Armaan Kohli. Here is Radhika's photo recreating the picture of Armaan from Jaani Dushman.

Angrezi Medium actor Radhika Madan took a cue from Armaan's film Jaani Dushman. She shared a picture of herself posing in her 'Jaani Dushman' sunglasses. She wore a white shirt and posed beside a lampshade. She also shared a photo of Armaan Kohli from the film. Radhika wrote, "Not without my Jaani Dushman shades". Take a look at Radhika Madan's photos here:

Many celebrities and fans took to her Instagram post to comment on her hilarious caption. Fans dropped heart, fire and kissing emojis in her comments. An Instagram user wrote that Radhika is wearing killer shades. Other Instagram users called her a filmy person. A fan wrote that Radhika should try recreating Ajay Devgn's picture with his sunglasses. Radhika mentioned that she is working on recreating the picture. Have a look at some of the hilarious comments on her picture. 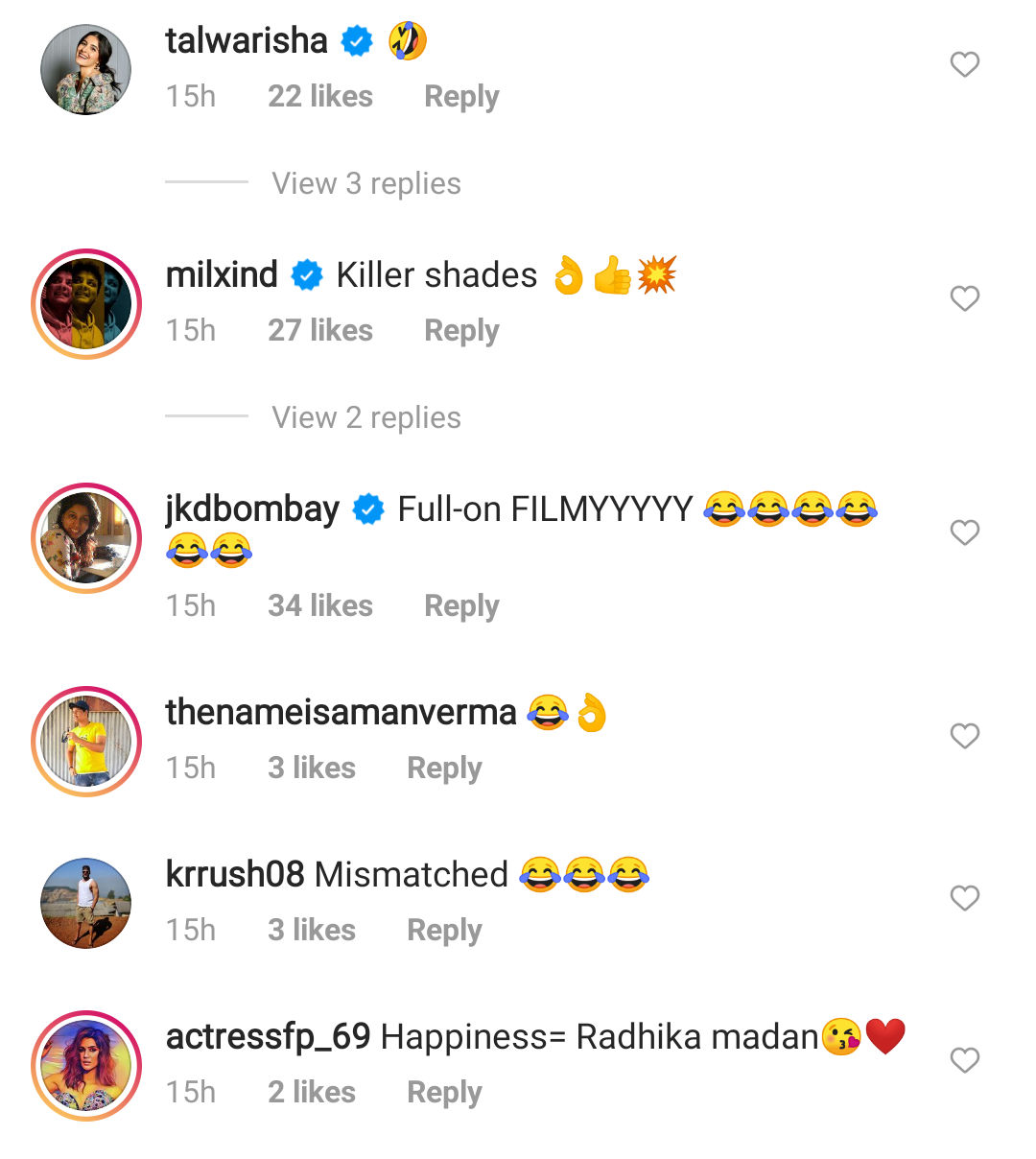 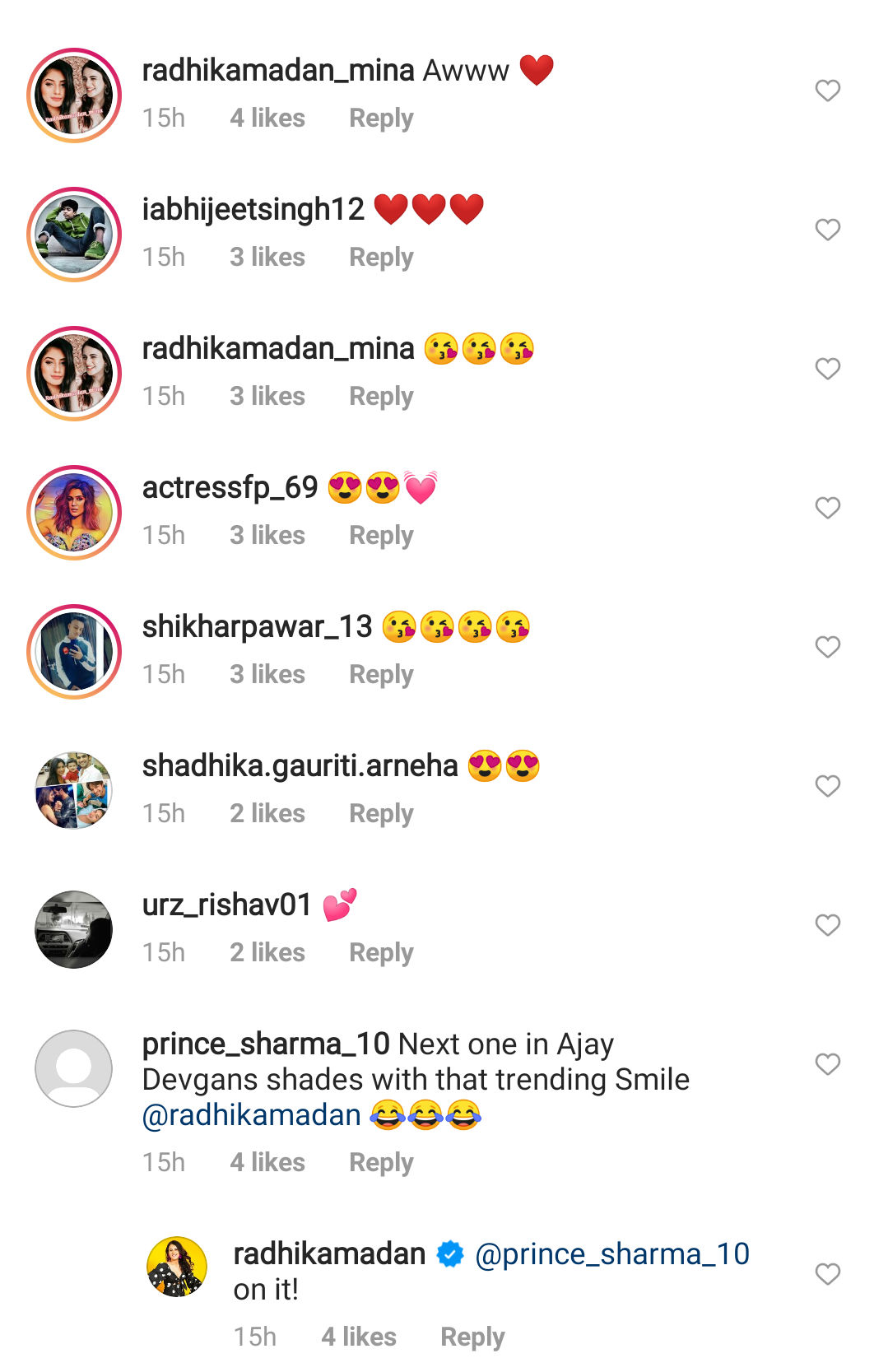 Radhika shared a picture of herself sitting in a garden. She wore an orange sweatshirt with blue denim and paired her outfit with tan boots. Radhika referred the garden as Baagh in Hindi and added an 'I' to make it sound like the film Baaghi in the caption. Radhika also shared a video of herself flaunting her yellow Chiffon saree in the hills.

She wrote that her dream of flaunting her saree in the cold just like the actors in Yash Raj films has been fulfilled. She also shared a picture of herself showing her current emoji mood. She stuck her tongue out in the picture as she looked into her phone. Radhika wore a white t-shirt and denim shorts. Take a look at Radhika Madan's photo and video with quirky captions.

Also read | Radhika Madan Calls Herself A 'Baagh-i' As She Poses For A Sun-kissed Pic; See Here