Samantar 2 has ended the shooting process and actor Swwapnil Joshi seemed delighted as he posed with the team of the project. Read ahead to know more.

Swwapnil Joshi and the cast and crew of Samantar 2 were all smiles as they completed the shooting of its second season. The mini-series was a huge hit in its first season and due to the hype, the makers were ready with the second season of Samantar. The thrilling and twisted plot of the series made Samantar an interesting watch. The makers have now finished the shooting of this series and Swwapnil Joshi posted an image on social media to mark the day.

In the post uploaded by Swwapnil Joshi, a number of artists and crew members can be spotted in the background. The team of Samantar 2 stood in front of a cake as they celebrated the completion of their series project. Sharing this image, the actor informed that it’s a wrap for Samantar 2. He further added a few hashtags and completed the post.

However, what struck people the most was the fact that the image he shared on Instagram had actor Nitish Bharadwaj alongside him. Fans of Mahabharat have loved the portrayal of Nitish’s Krishna from the show and have similarly loved Swwapnil Joshi’s portrayal of Krishna as well. Thus they were delighted to see both the actors together in one frame. Fans reacted with absolute love and praises in the comments section as they were surprised and delighted by this small surprise. 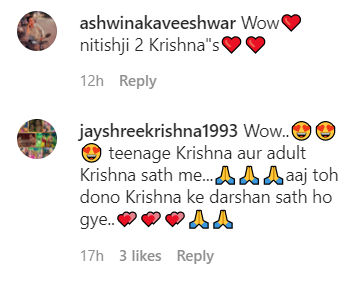 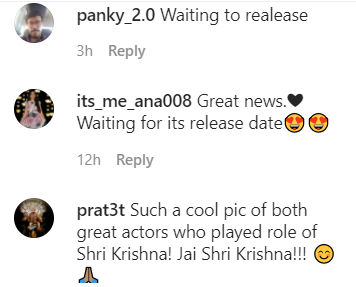 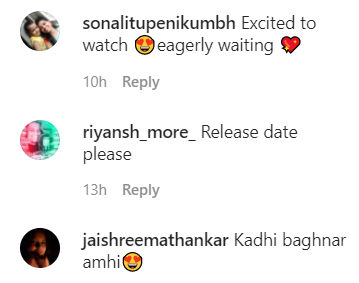 Further on, expressing their excitement for Samantar 2, a lot of fans said that they are eagerly waiting for the release date of the web series. Thus the entire comments section was filled with people appreciating the picture and expressing their eagerness to watch the web series soon. Samantar as a web series tells the story of a young atheist. Things take a drastic turn in this person’s life when he realises that his destiny is connected to another person to who he is a stranger. In order to rectify his future from any wrongdoings, he goes in search of this mysterious man who shares the same fate and destiny as his own.